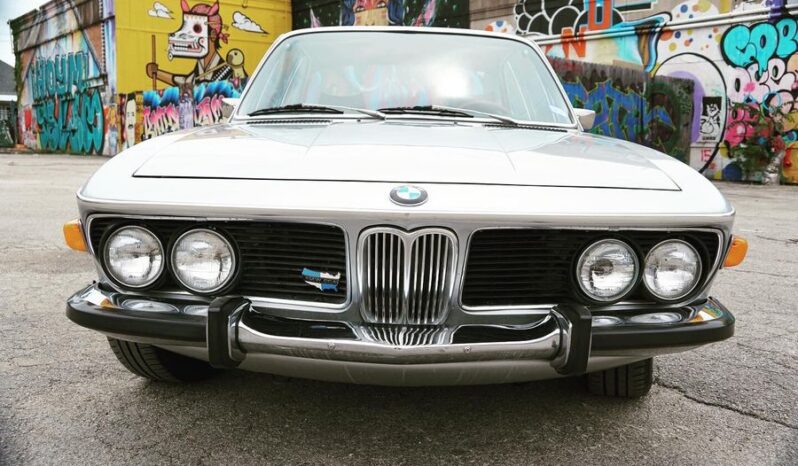 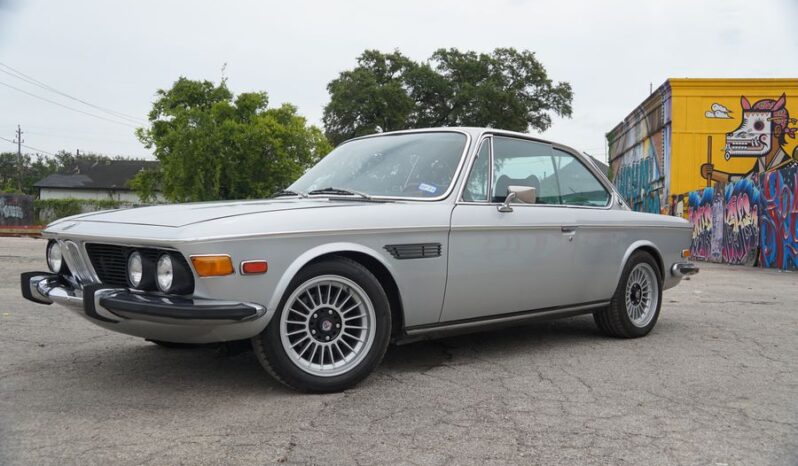 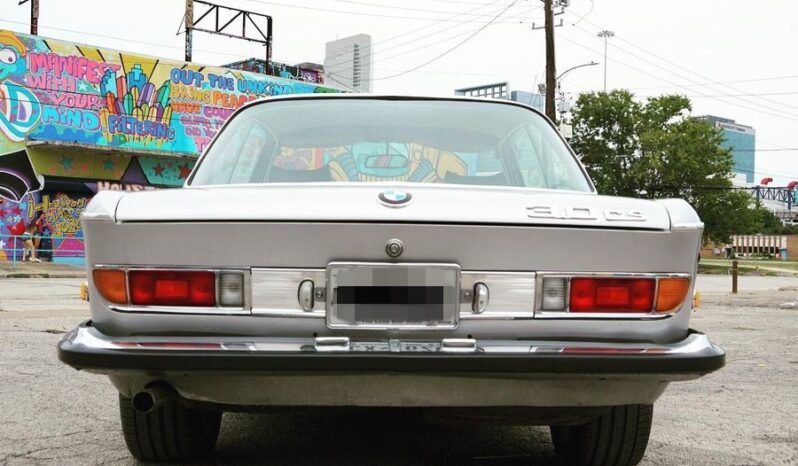 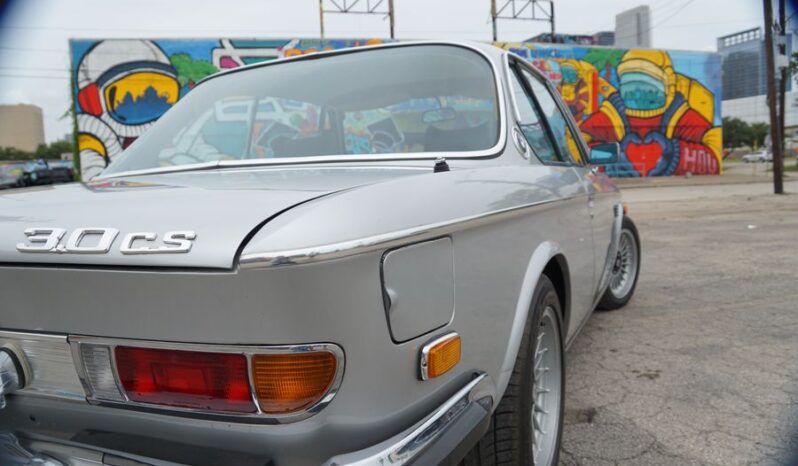 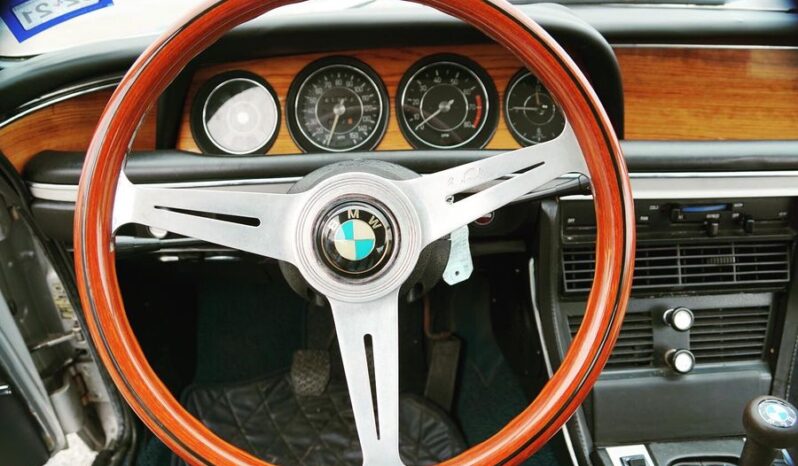 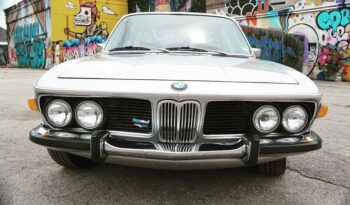 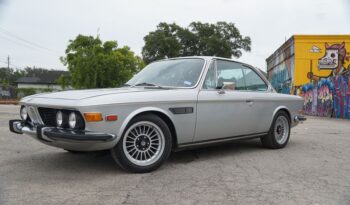 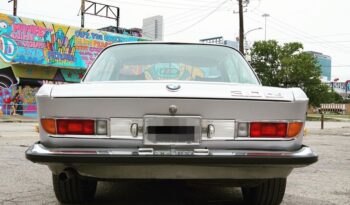 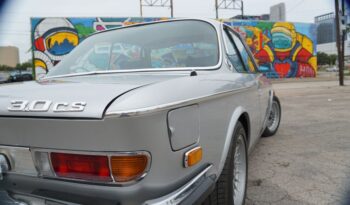 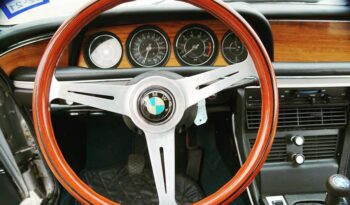 This 1974 BMW 3.0CS was refurbished in the 2000s ! The car is finished in silver over blue upholstery, and power comes from a 3.0-liter inline-six paired with a five-speed manual transmission. Additional modifications are said to include dual Weber 32/36 carburetors, a polished street camshaft, a Unilite distributor assembly, a rev limiter, an MSD ignition, 16? Alpina wheels, and a Nardi steering wheel. This E9 is now offered by the seller on behalf of the current owner with tools, service records, and a clean Texas title in the current owner’s name. The Karmann-built body is said to have been repainted in its current silver during the 2000s refurbishment. Features include chrome bumpers, dual side-view mirrors, and faux fender vents. he 16? Alpina wheels are mounted with 225/50 Michelin tires. Bilstein struts and replacement sway bar links were reportedly fitted during the 2000s refurbishment. Braking is handled by discs at all four corners. The cabin features bucket seats trimmed in blue upholstery along with matching door panels, carpets, and a black dashboard. Equipment includes wood trim on the dash and door panels, power windows, a wood-trimmed shift knob, and an air-conditioning system that was serviced under current ownership. he Nardi steering wheel frames VDO instrumentation including a 150-mph speedometer, an 8k-rpm tachometer, a clock, and gauges for fuel level and coolant temperature. The five-digit odometer shows 42k miles, 600 of which were added under current ownership. Total mileage is unknown. The 3.0-liter M30 inline-six is fitted with a black-finished valve cover. Service performed during the 2000s refurbishment reportedly included the installation of a polished street camshaft, a Unilite distributor assembly, an MSD ignition box, a rev limiter, a fan clutch, and engine mounts. Dual Weber 32/36 carburetors were installed under current ownership along with valve cover and oil pan gaskets, a crankshaft seal, spark plugs, wires, carburetor linkages, and a coolant expansion tank. Power is sent to the rear wheels via a five-speed manual transmission that was installed under previous ownership along with a bell housing adaptor, a rear main seal, and a replacement clutch. Fresh fluids for the transmission and differential were added under current ownership.