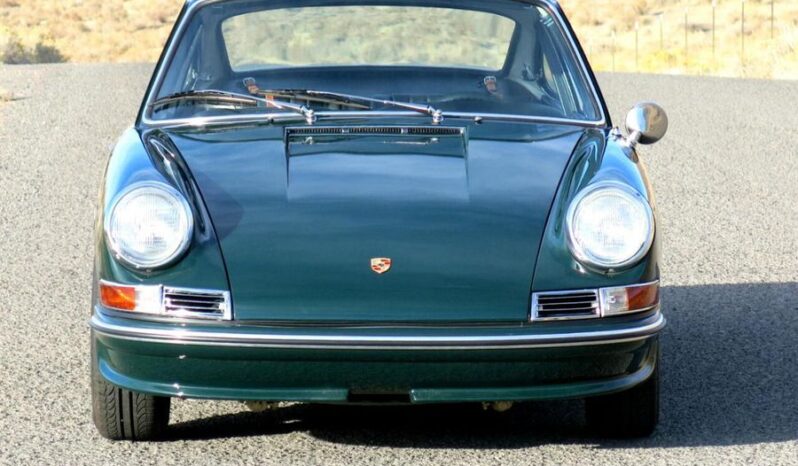 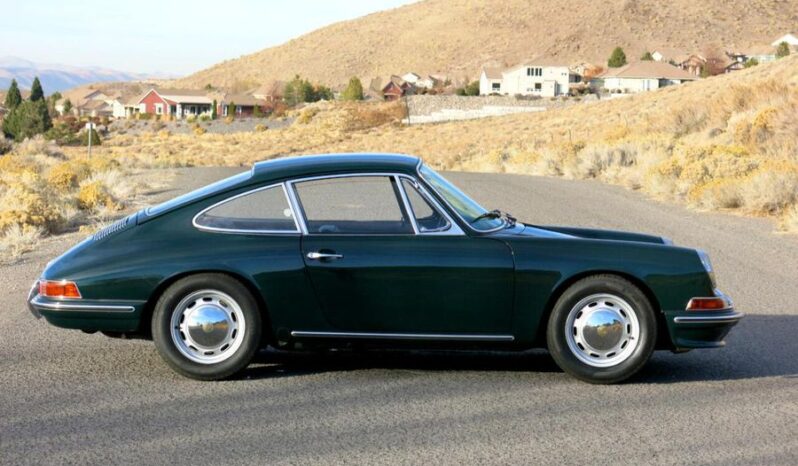 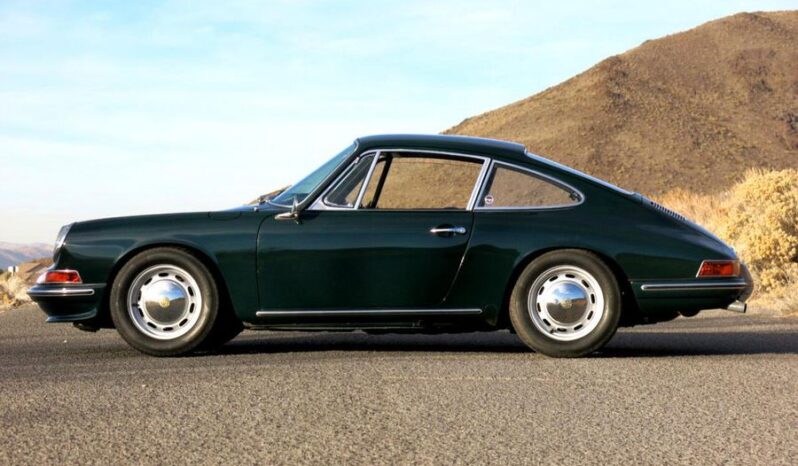 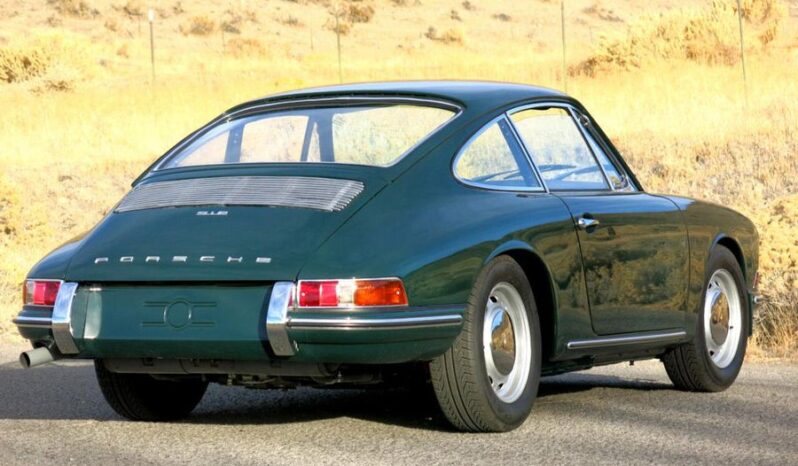 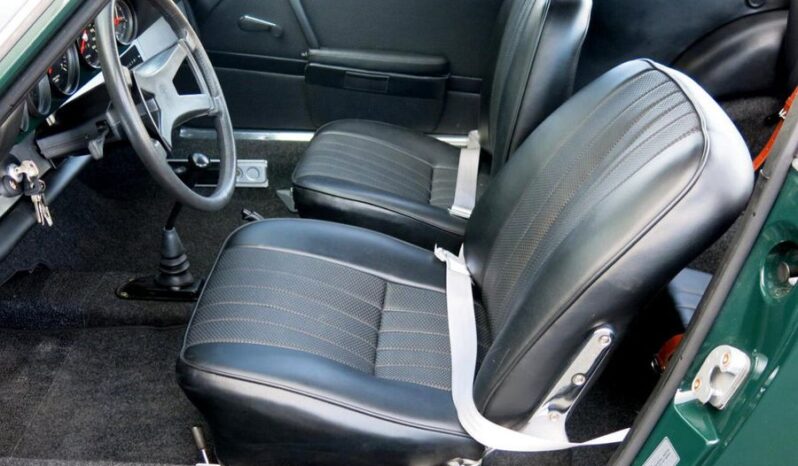 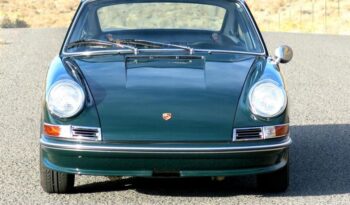 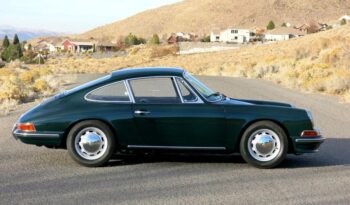 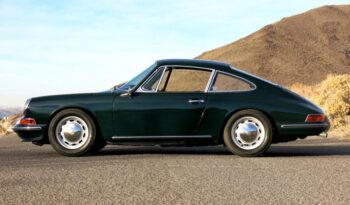 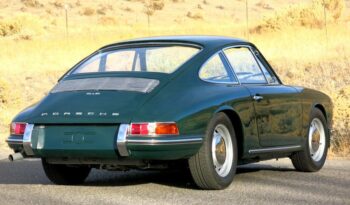 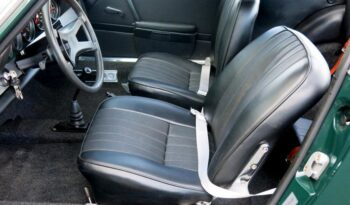 Offered for sale is this 1968 912 Coupe built at the Karmann works that is beautifully finished in Irish Green over black interior. Meticulously restored, this 912 was brought back to showroom finish throughout, with its stock appearance being maintained. The Irish green finish is very well done, not appearing to be overly restored. The interior carries a similar theme, being tastefully restored and welcoming. The care taken in its restoration is recognized in the engine compartment, where the engine assembly finish would make engineer proud. This numbers matching engine runs excellent with proper pressures and temperatures. The interest and market value of early Porsche 912s has been climbing steadily over the past few years and offered here is an example that has been cared for and restored, simply ready for years of driving pleasure ahead. Vehicle Highlights-1968 Porsche 912 Coupe-Coachwork by Karmann-Chassis no. 12802634-Engine no. 1282450-1,582cc OHV Air-Cooled Flat 4-Cylinder Engine-2 Solex Downdraft Carburetors-102bhp at 5,800rpm-4-Speed Manual Transmission-Independent Front and Rear Suspension-4-Wheel Hydraulic Disc Brakes-Finished in the original color, Irish Green (6806) over a black interior-Rust free example-Very nice and solid-Investment grade exampleInformation on the Porsche 912Put into production in July 1964, the 911 presaged the end of 356-production. It was July 1965 before the 911 made it to the US, and customers immediately noticed the differences from its predecessor. In addition to being more modern and more powerful, it was also more expensive: nearly $2,000 more than the comparable 356 model. In Europe, too, this was a problem. Thus, by April 1965 a transitional model entered production. Essentially a 911 with a 356-type flat four, the new car, designated 912, was not only less expensive, selling at near-356 prices, but enjoyed more even weight distribution and better economy. The combination of the four-cylinder engine and the slipperier 911 design was capable of achieving 30 mpg. More than 30,000 were eventually built.The Porsche 912, like the Cayenne decades later, is frequently credited with having saved the German automaker during a period of financial uncertainty, as the then-new and much costlier six-cylinder 911 was viewed with some skepticism by marque loyalists. In the half-century since its introduction, however, the four-cylinder 912 has won an appreciative and loyal audience. The early (1966-1969) 912s handily outsold their 911 siblings; 28,333 four-cylinder coupes were produced, along with just 2562 Targas, and the retail price was a major factor. 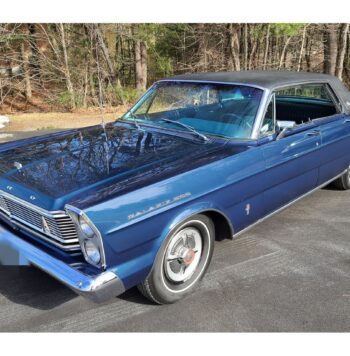 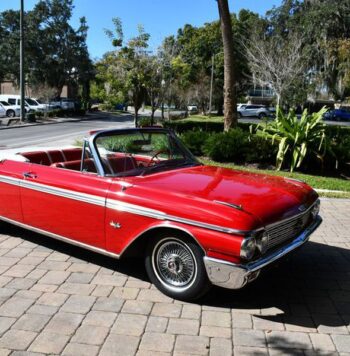 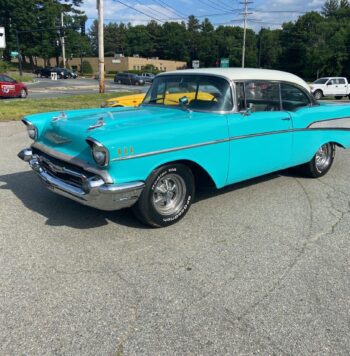 1957 Chevrolet Bel Air
Gary Newton
$25,000
8000 mi
We use cookies on our website to give you the most relevant experience by remembering your preferences and repeat visits. By clicking “Accept”, you consent to the use of ALL the cookies.
Do not sell my personal information.
Cookie SettingsAccept
Manage consent