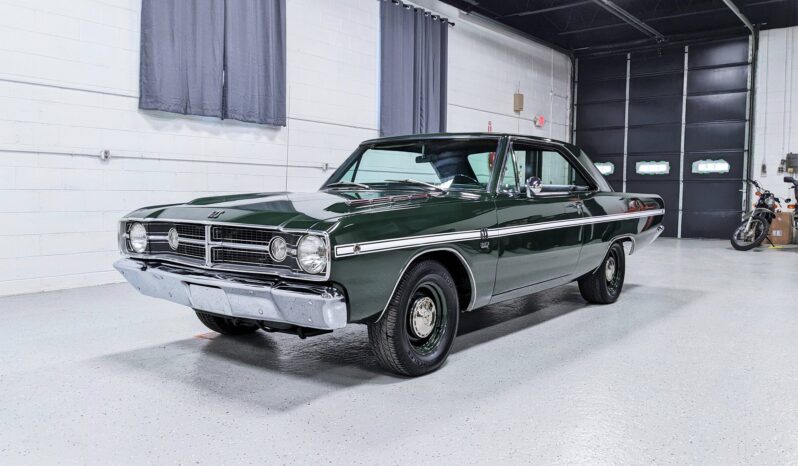 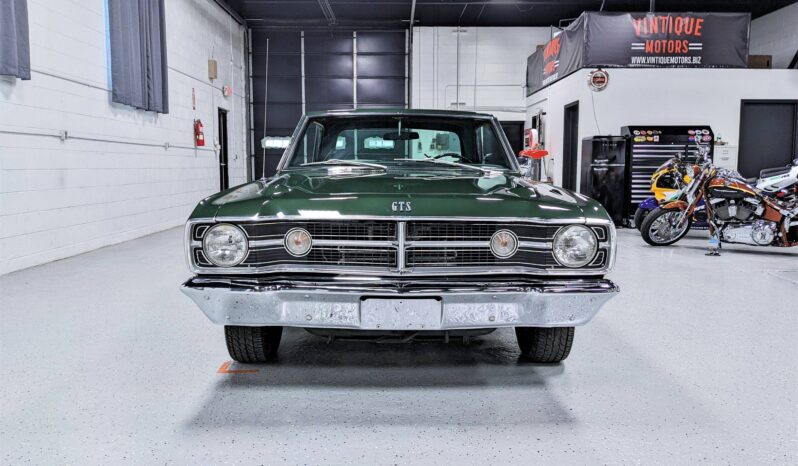 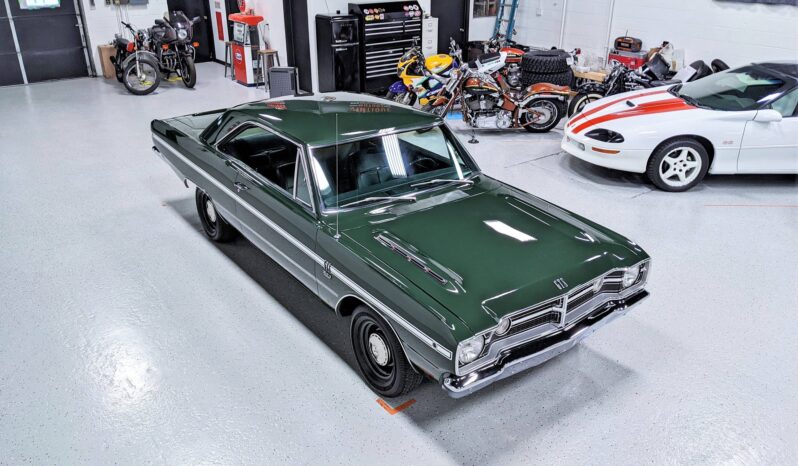 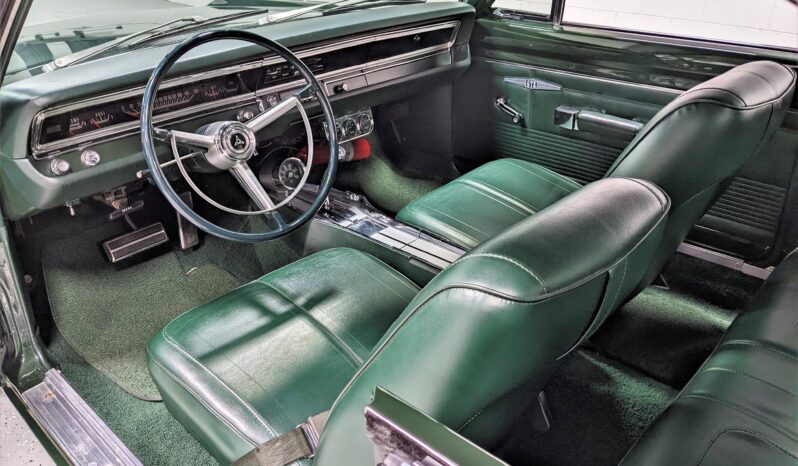 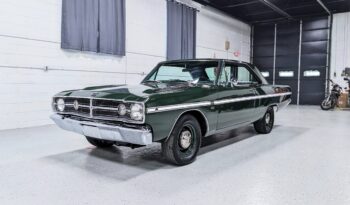 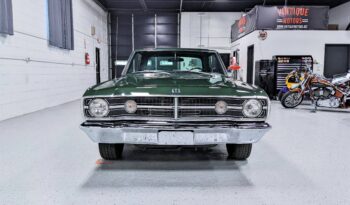 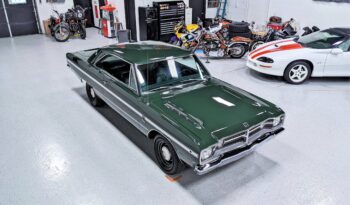 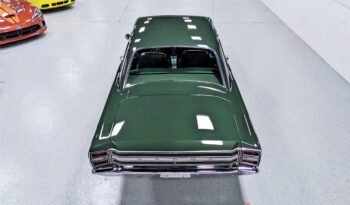 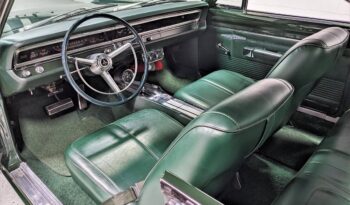 For 1968, Dodge covered the muscle-car category with performance versions of the midsize Coronet and Charger and the compact Dart. The highline Dart GTS had been introduced the year before, offering the famous 383-cu.in. big-block V-8. For 1968, improved exhaust manifolds raised output to 300 horsepower from 280 in the 1967 GTS, thanks to new, less restrictive exhaust manifolds. This 1968 Dodge Dart GTS has been authenticated by Mopar muscle-car authority Galen Govier as one of 2,112 GTS models factory-equipped with the H-code 383. It also came with the three-speed TorqueFlite automatic transmission and optional 3.55 Sure Grip real axle. The selling dealer says the original 383 was long gone by the time the previous owner acquired this car, and that the owner and his brother installed a professionally built 499-cu.in. monster when they gave it “comprehensive restoration.” The rest of the car was reportedly restored to 1968 stock condition where needed. It is not known if the miles shown on the odometer are accurate, and the title does not indicate mileage. The seller says the Dart “runs and drives extremely well with a very responsive engine and transmission” and that “it has been carefully enjoyed since completion, being relegated to local cruising and car events.” Even with the optional body stripes and “383 Four Barrel” fender badges, this 1968 Dart GTS was something of a sleeper when new. Now, it’s a sleeping dragon. The 499-cu.in. V-8 is documented as built by Muscle Motors in Lansing, Michigan, from a 1976 400 block and a stroker kit. Though output is not given, it’s fair to say it is well beyond the original 300 (gross) horsepower of the factory engine. The seller says the big mill “cold-starts quickly after two pumps of the accelerator.” (Video of the car running is provided here.) No smoke, leaks, or weeps are reported, and provided photos of the underside appear to show how dry and clean it is. The TorqueFlite three-speed automatic transmission is affirmed to operate properly, with no known leaks. This 1968 Dart came from the factory finished in a Racing Green Metallic with a longitudinal white stripe. The seller reports that the previous owner and his brother spent “a humongous amount of time on getting the body perfect with laser straight panels before laying down the correct color paint and finishing it to a show car appearance.” Not surprisingly, this car is affirmed to be free of any rust, and its paint is described as completely free of any blemishes, as supported by the comprehensive detailed photos. Original options on this car included the drip rail, body side moldings, and wheel lip moldings. The sale will include the remaining cans of paint with the mixture content, along with the original windshield washer squirters. All glass and seals are described as “excellent,” and all lighting is affirmed to operate properly. As noted above, the underside appears to be very clean, with just a light spattering of dirt from the “local cruising” the seller has described. The new exhaust and gas tank are apparent, as well. The Dart GTS hardtop came standard with bucket front seats, and documentation shows this car’s Dark Green interior was optioned when new with the center console, tachometer, tinted windshield, and AM radio with front speaker. Photos appear to support the “excellent”-condition description for the vinyl seats and trim, headliner, and carpeting. There is some minor cracking seen on the left side of the dashboard, but the previous owner decided not to replace the dash for originality’s sake. The heater, AM radio, and original gauges are affirmed to work. The previous owner equipped this car with an auxiliary gauge pack featuring oil pressure gauge, ammeter, and coolant temperature gauge, which are all said to work. A fire extinguisher was also added. Photos show what appears to be an impeccably clean trunk. The sturdy Dart platform used front torsion bars and rear leaf springs, like the rest of the Chrysler Corporation car line at the time. When equipped with the 383, the Dart GTS used thicker-diameter torsion bars and front stabilizer bar than small-block V-8 Darts. The previous owner elected to leave the Dart’s chassis stock, and the seller affirms that the suspension is “tight” and that the front disc and rear drum brakes “work well.” The unassisted steering is said to operate as designed, with no issues. The wheels are correct steel with “dog dish” hubcaps. The Hercules H/P 4000 radials, sized 235/60R14, are described as “excellent.”