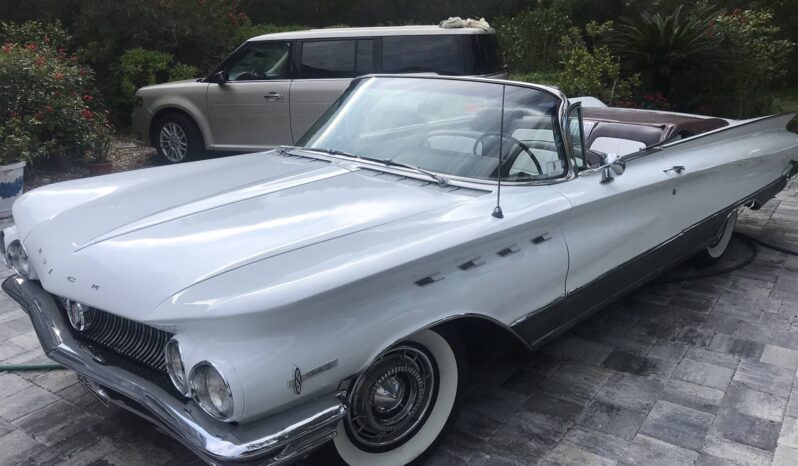 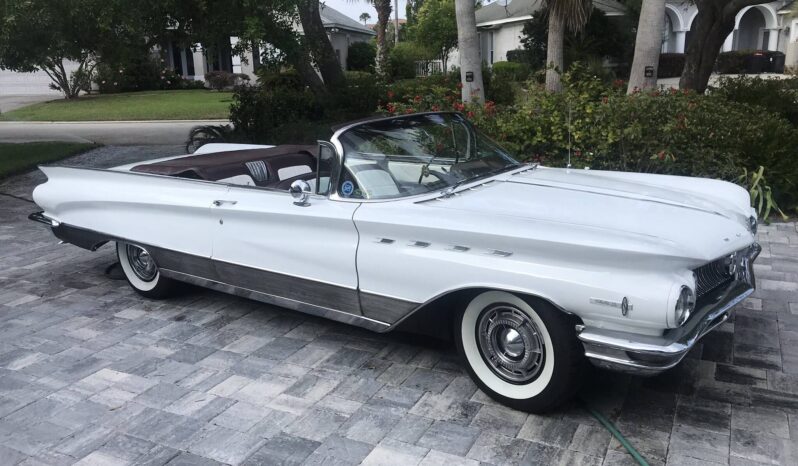 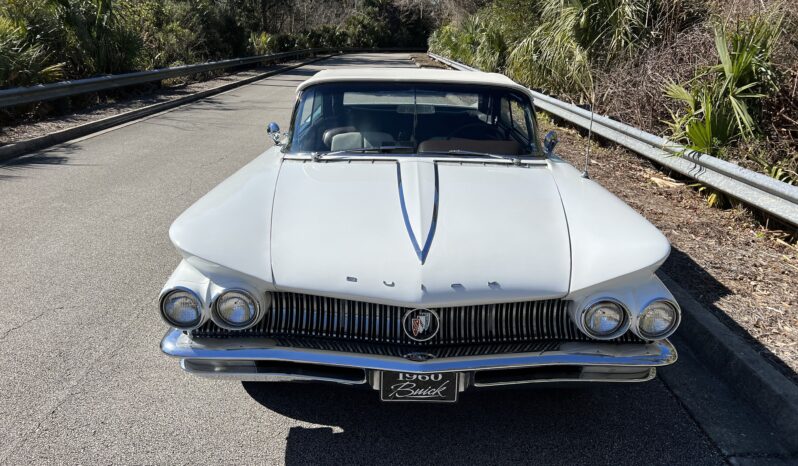 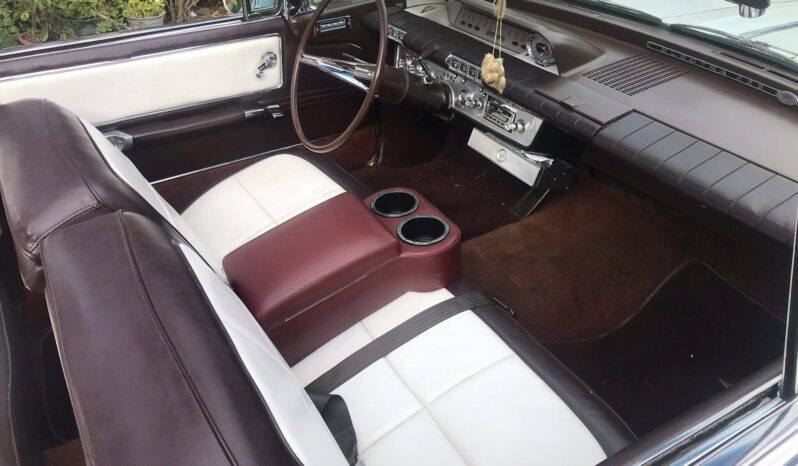 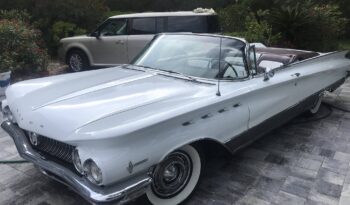 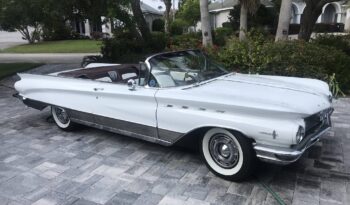 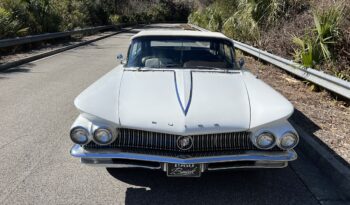 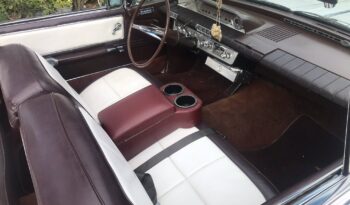 The 1960 Buick Electra 225 convertible was the top-of-the-droptop-line with more glitz, wheelbase, and length than the second-rung Invicta and entry-level LeSabre. It also bested them with additional standard equipment, including power leather-trimmed seat, steering, brakes, and windows; dual exhaust; dual-speed wipers; backup lights; glare-proof mirror; Super-deluxe wheel covers; and more. Named the “Wildcat 445” by Buick in referencing its torque rating, the 401 four-barrel engine produced 325 horsepower and had 10.25:1 compression ratio. Its cooling system was upgraded with an aluminum radiator and coolant overflow tank by a previous owner, and the seller had a new water pump and battery installed. the Buick was repainted prior to his ownership and he describes the finish as “high quality.” He notes that he’s touched up several blemishes and that there are “minor” scratches on the front bumper, but he adds that there’s “no rust” and the rear bumper is “perfect.” The convertible top and chrome frame are “like new,” according to the seller, who adds that the motor and lines have been replaced and function properly, as can be seen in one of the videos. Though the glass is original, there are no scratches or cracks. He states that the seals are “still supple,” with no cracks or leaks, and all the lights function as intended, including the backup lights, which have new lenses and bulbs. A rearview mirror was added on the passenger’s side. The power seats operate properly and retain their original leather trim, with only “minor wear,” per the seller, who also notes that there are no holes or excessive wear in the carpet and none of the interior trim is missing. All the power-window switches operate, and the heat, clock, and other gauges work, he says, but the gas gauge does not. The factory AM radio was replaced by a “retro AM/FM with six-CD player mounted in the trunk.” The front end was rebuilt, including brand new shocks and bushings, and the entire suspension was serviced in January 2019, the seller reports. All the suspension components were furnished by OldBuickParts.com and are OEM, and the Silvertown radial whitewall tires are only two years old with less than 1,000 miles on them.  the power steering has no leaks, there’s “zero” play in the system, and the power drum brakes work fine. 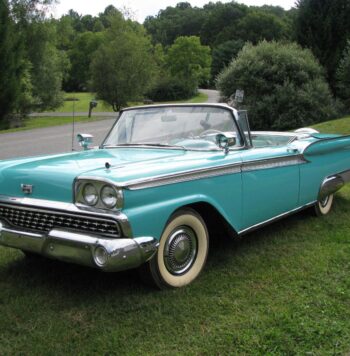 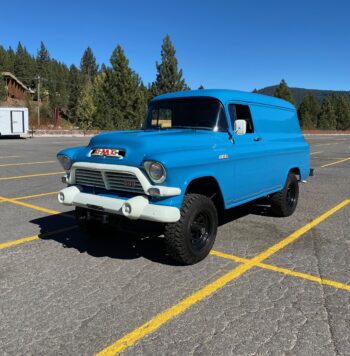 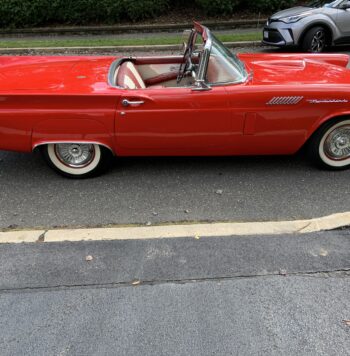 1957 Ford Thunderbird
Thomas Ward
$21,000
148232 mi
We use cookies on our website to give you the most relevant experience by remembering your preferences and repeat visits. By clicking “Accept”, you consent to the use of ALL the cookies.
Do not sell my personal information.
Cookie SettingsAccept
Manage consent