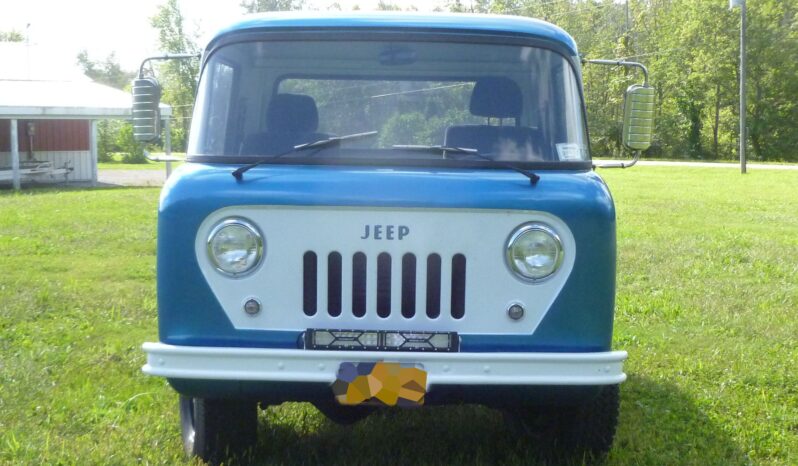 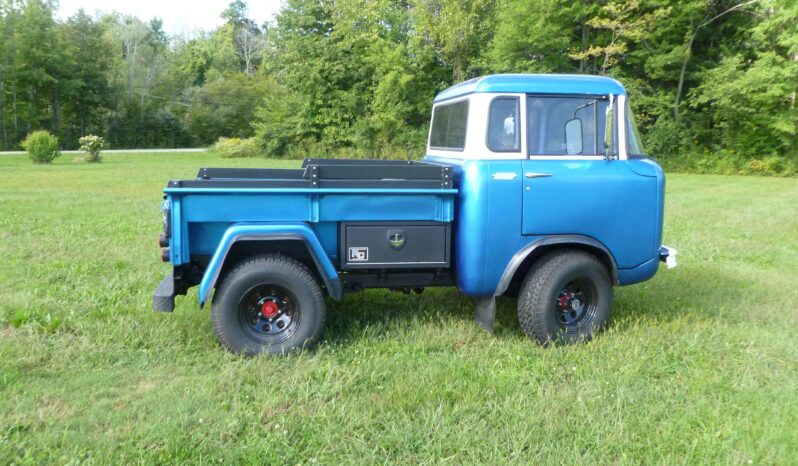 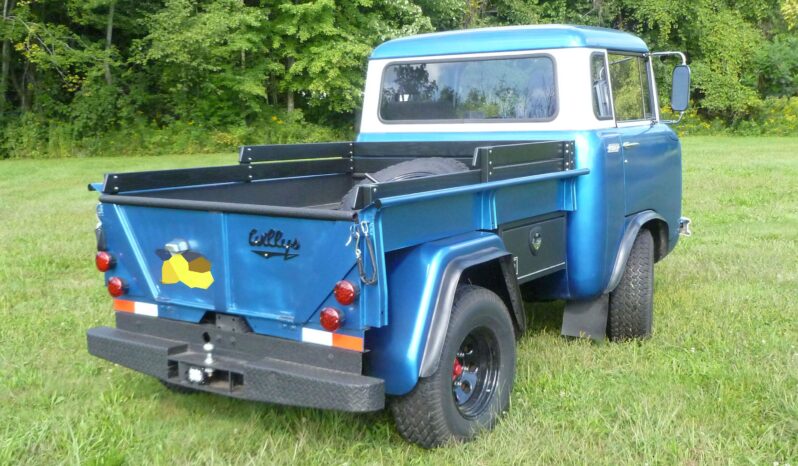 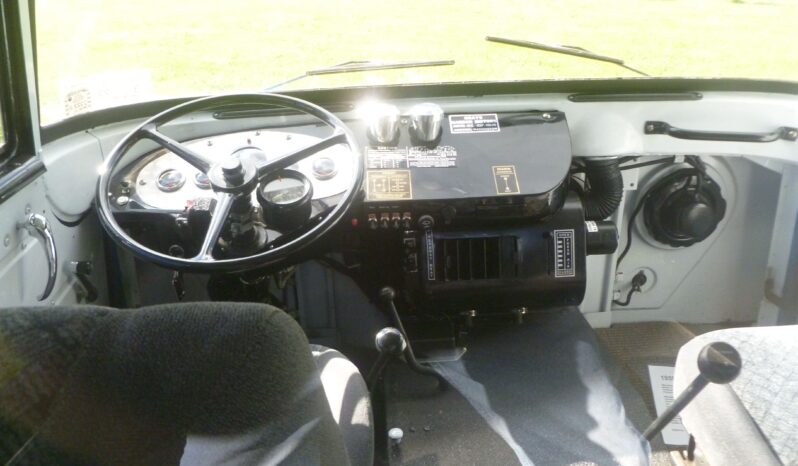 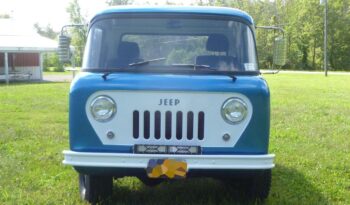 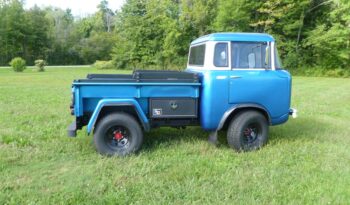 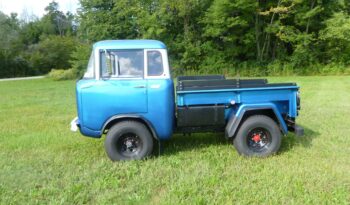 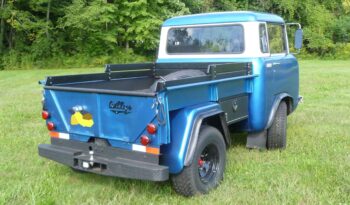 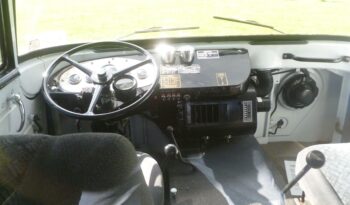 Like all Jeeps at the time, the FC-150 was powered by the F134 Hurricane 134-cu.in. inline four-cylinder engine, a stout F-head design that provided 75 hp and 114 lb-ft of torque. The engine is mounted under a cover in the cab, and the photos show that it’s been painted and appearing to be in excellent cosmetic condition. The engine was apparently rebuilt by a previous owner. The transmission is conventional Jeep fare for the late 1950s: a Borg-Warner T90 three-speed manual with a non-synchronized first gear, plus an overdrive unit, operated by a separate stick. The transmission and the overdrive all “shift smoothly.” The transmission is linked with a two-speed transfer case, operated by a separate shifter. The FC-150 has been painted a non-original shade of blue with white accents on the grille and cab, with black sections painted on the bed sides. The seller rates the paint work as a “8 out of 10,” pointing out a wrinkle on the right rear fender, which he has detailed with a photo. The few chrome details — door handles, emblems, mirrors — all appear to be in good condition, with no obvious pitting or damage. The bed features a steel toolbox mounted under the right side, along with wood sides mounted in the stake pockets. The bed appears to be in good condition inside, and is mostly taken up with a matching spare tire and wheel. The exterior lighting has been updated with LED taillamps and turn signals, along with an LED light bar up front to supplement the sealed beam headlamps. The interior has been updated with cloth seats from a late-model vehicle. The upholstery appears to be in good condition with no obvious damage or staining. FC-150 cabs are notably spartan, with steel door panels, dash, and engine doghouse, the latter of which appears in the photos to have been covered by a carpeted material. The dash panel has been completely replaced by an engine-turned aluminum panel featuring an array of Dolphin gauges. The steering wheel, horn button, and Signal-Stat turn signals all appear to be original to the truck. The heat and the fan are currently working. The greatest benefit to the FC-150 is its diminutive size. These trucks are based on an unmodified CJ5 frame, and fit into the same 6-foot-long footprint, making them incredibly maneuverable and with essentially no overhang up front, able to climb — as Mechanix Illustrated once claimed — a 60-degree incline. The seller provides several photos of the frame and the undercarriage, all of which show a clean underside, with no evidence of significant rust. The steering would have originally been manual, but the seller notes that the truck has been upgraded with an electric steering boost. The previous owner claimed to have rebuilt the entire suspension, and he says he’s noticed no major issues. The previous owner added disc brakes up front from a GM vehicle, and they work well. The wheels are black steel with center caps, mounted with Pro Comp All Terrain tires, sized 31x10.5x15.