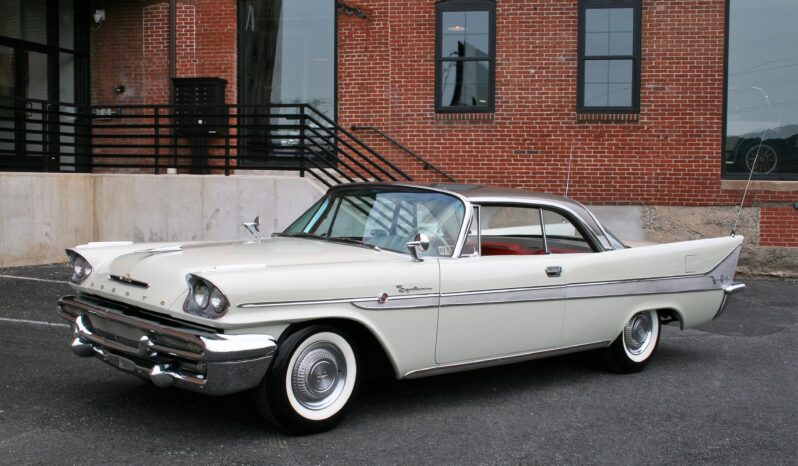 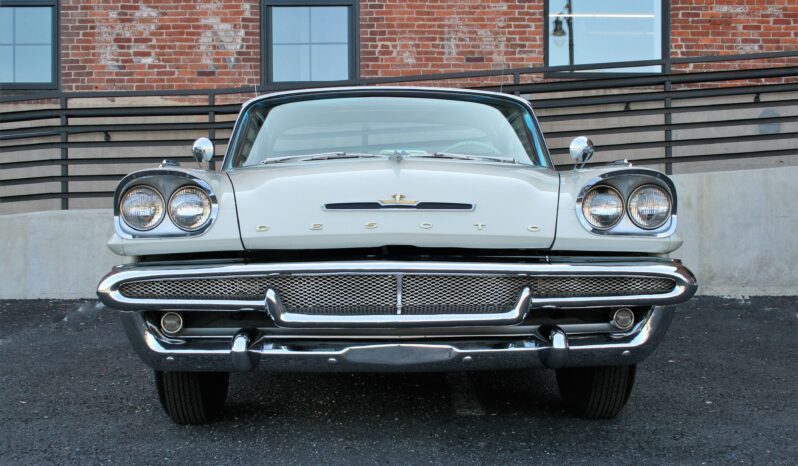 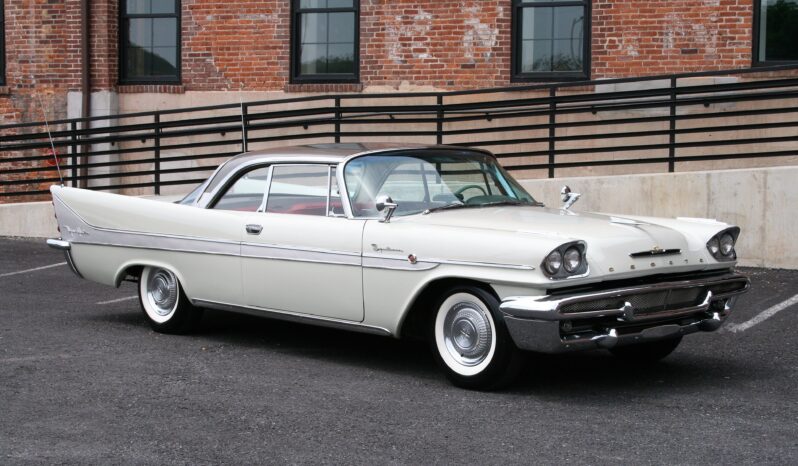 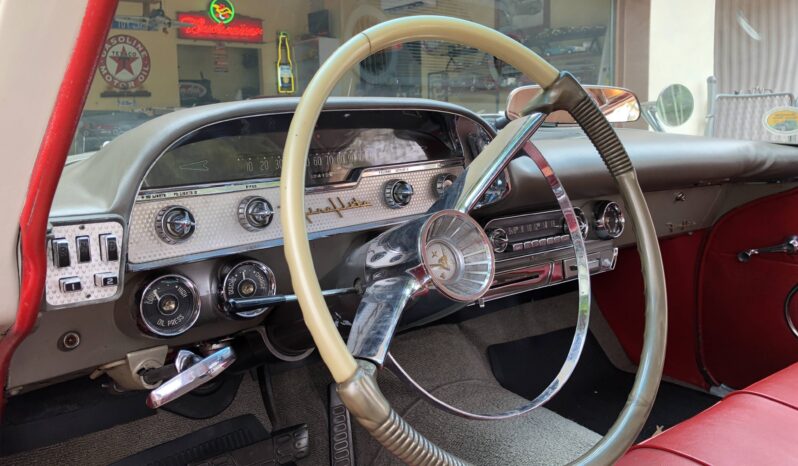 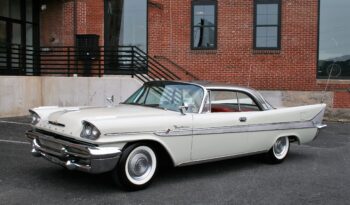 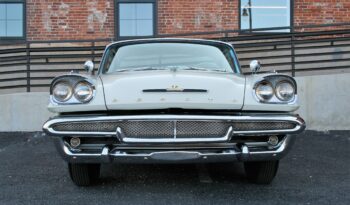 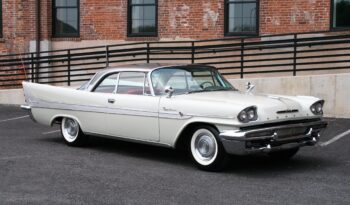 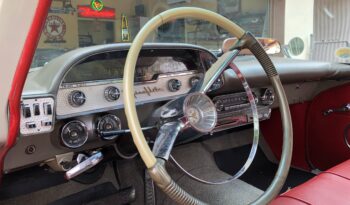 Chrysler’s all-new B-series 361-cu.in. “wedge” V-8 was standard in the 1958 Fireflite, with the Sportsman getting the four-barrel carburetor version rated at 305 horsepower when new. The seller believes the engine is original with one rebuild in 2016 (now with about 525 miles on it), with documentation included. He reports a reliable cold start with no smoke, advising that “it may take 1-3 pumps of the accelerator pedal if the car has not been used for more than a week.” Further, he says the engine settles into a smooth, proper idle. The TorqueFlite three-speed automatic transmission, which uses pushbutton controls, is said to “work perfectly,” and he reports “zero leaks or weeps” for the engine and drivetrain. a frame-off restoration done in 1985 and a repaint and re-chroming in 2003. Photos provided by the seller show those finishes still appearing to be in excellent condition. The elegant Pearl White and Smoke Gray was one of a staggering 86 two-tone combinations available for the 1958 Fireflite. The seller indicates “very minor paint chips” on the driver’s door edge, but affirms the car has no dents. Some minor surface oxidation is seen on the car’s underside, in the photos. Offered as an attempt to boost sales during the 1958 recession, the Spring Special edition featured specific machined aluminum side panels and stainless-steel rocker panel moldings, plus eight vertical chrome bars on the trunk lid, according to the seller’s research. All glass is said to be original to the car and “in great shape,” with windows working properly. The seller states the beautiful bubble canopy glass offers great visibility for the driver and the passengers. Seals are affirmed to be doing their job, with no leaks reported. All lights are affirmed to work, with the “tri-tower” taillights giving a distinct nighttime signature. The artistry of this De Soto’s design also comes through in the cabin, where the plush, perforated headliner is trimmed by chrome strips to mimic the bows of a convertible roof. The headliner in this car is said to be original, and it appears to be in very good condition. This car is equipped with the optional six-position front power seat, which the seller says “works perfectly.” Upholstery likewise appears to be in very good condition, with no rips or discoloration seen, only minor disjoint for about two inches were fabric meets the gray vinyl in the back of the driver's seat and all original interior trim is said to remain in place. The seller indicates that the carpeting was replaced in 2003. The heat, all gauges, and interior lights are said to work, but the original radio in the dash does not. the car has his original rubber matt with De Soto raised letters. The 1958 De Soto featured Chrysler’s Torsion-Aire Ride suspension using front torsion bars and an asymmetrical rear leaf spring setup to give generally better agility than other American cars of the period. The seller affirms that all suspension components are working properly, that bushings are in good shape, and shocks are not leaking. Wheels are believed to be original and are said to be in “very good” condition, and the wide-whitewall tires are believed to be seven years old with about 80-percent tread remaining. The trunk houses the spare. No issues or leaks are reported for the power-assisted steering or alignment. The four-wheel power-assist drum brakes are reported to work well, with no leaks.