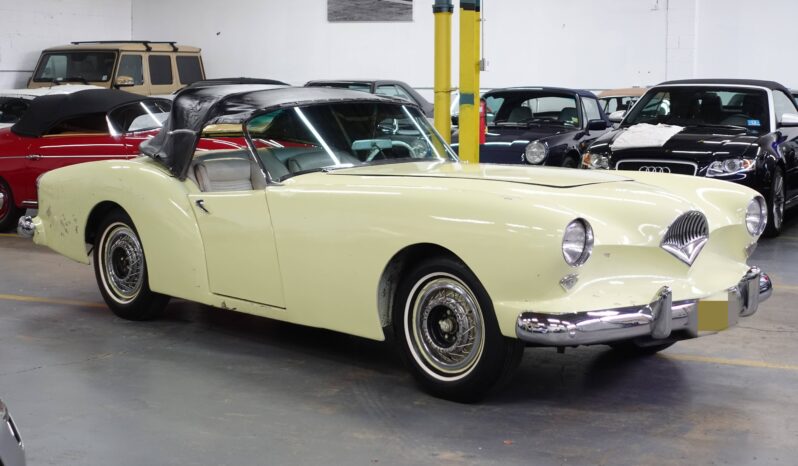 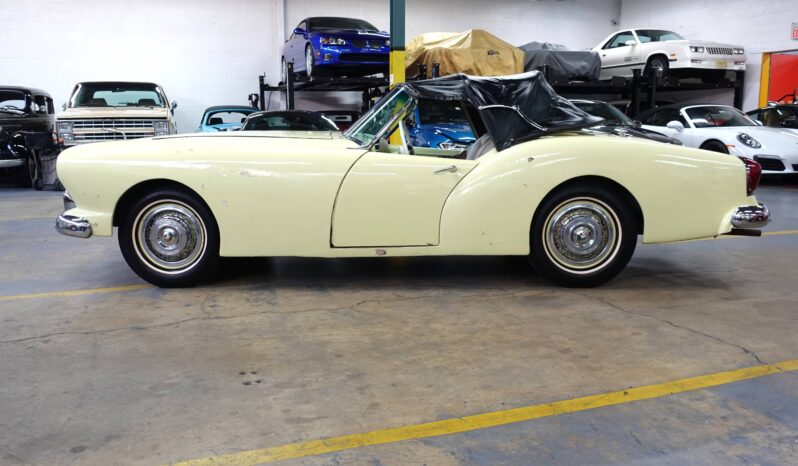 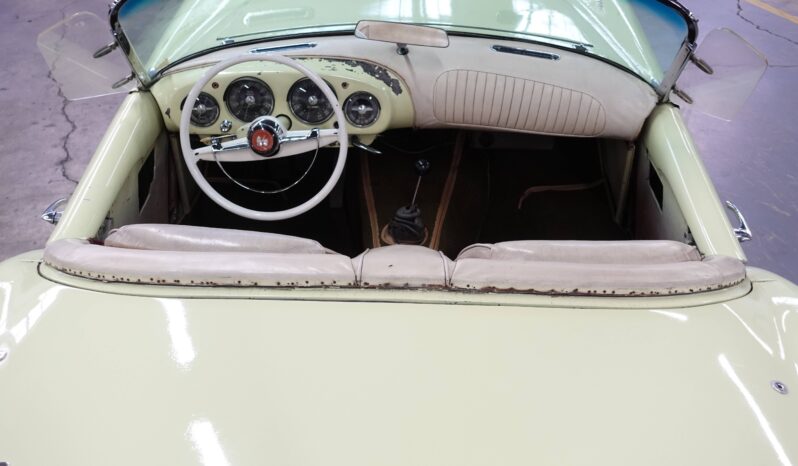 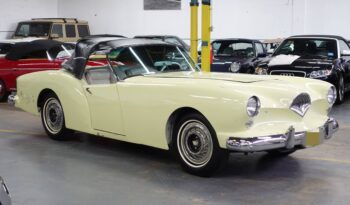 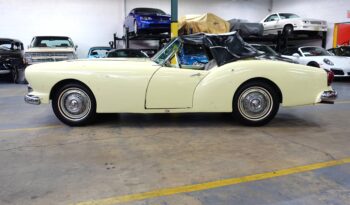 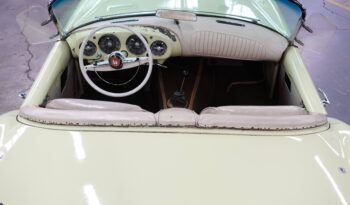 The Kaiser Darrin 161 made its debut at the Los Angeles Motorama in 1952 and was announced as the first fiberglass-bodied sports car ever, preceding the 1953 Corvette. While Chevrolet was able to get the C1 into production first, the Kaiser-built, Darrin-designed roadster featured distinctive looks and innovative engineering, including its three-position convertible top and unique Darrin-patented sliding pocket doors. Built only for 1954, just 435 Kaiser Darrin 161s were produced overall and today they remain an enduring legacy in automotive history. This 1954 Kaiser Darrin 161 has an odometer reading of 88,421 miles, which is believed to be accurate, and it was in the middle of a restoration prior to its recent acquisition from an estate. It appears to be complete and comes with receipts for parts and restoration work completed over the past several years, including those for the rebuild of the Willys F-head Hurricane engine. All three VIN tags are present on the firewall and show this as chassis number 161-1221. In 1953, Kaiser Motors acquired Willys-Overland, giving the company access to the Willys’ “Hurricane” 161-cu.in. F-head inline-six engine, which was rated at 90 horsepower when new. The seller has provided dated logbooks from the professional builder that details the rebuild process of the nonoriginal engine, which was completed in 2019. The engine also received new gaskets and seals, a rebuilt carburetor, and a fresh coat of paint before being reinstalled, but has not been started since the rebuild. Numerous new and used parts, including those for the electrical, fuel, and ignition systems, are included with the sale. The three-speed manual transmission, with its floor-mounted shifter, remains in place and appears to be original and complete. As the car has not been run in many years, the seller has no report on the functionality of any of the drivetrain components and notes that there are several items missing to get the vehicle running, namely the radiator and battery. The Satin Yellow surface on this Kaiser Darrin’s fiberglass body has significant cracking, checking, and flaking throughout the body, according to the seller, who notes, however, that the fiberglass body itself is quite straight, with no evidence of accident repair, while the doors will need adjustment to slide more freely along their tracks. Alongside the crack-free original windshield are the side plastic vent windows, that appear to be complete. The very-hard-to-find exterior trim also appears complete and in good shape, per the seller, including the distinctive grille and bumpers. A variety of lighting bezels, such as the taillight lenses, appear to be free of cracks, which the seller attributes to indoor storage for most of its life. The seller notes that the wiper assembly is not present, and that the original three-position convertible top has a visible hole, and the rear window is faded. Because of its age, the seller has avoided using full force to fasten the top in the closed position while the hinges appear to be articulating properly. Two Arizona license plates, dating from 1969 from prior ownership, are also included. Like the exterior, the interior remains complete, but in need of restoration, according to the seller, who adds that the original steering wheel, gauges, shifter, and seats are intact and are still in place. Most of the switchgear and small controls in the two-seat cockpit also appear to be present. The painted gauge nacelle shows significant paint flaking off and there is a large tear on the bottom cushion of the driver’s seat. The carpeting appears to have been replaced and shows no signs of any notable wear. The door panels were removed sometime in the past, and will be provided, along with numerous other trim items and fasteners. Based on the Kaiser Henry J’s full-frame chassis, this Kaiser Darrin features an independent front suspension with double wishbones, coil springs, and an anti-roll bar. The rear suspension incorporates a live rear axle with leaf springs, and the seller shares that the suspension on this example appears to be complete and original. The fuel tank is noted as having the filler neck removed and the fuel line is disconnected. The braking system is not functional, but some new parts, such as wheel cylinders, are included. The steel wheels feature wire-style covers and two center caps are noted as missing. The tires are Armstrong PT 107 whitewalls, sized 7.75 x 15-inch, that the seller says have ample tread remaining.