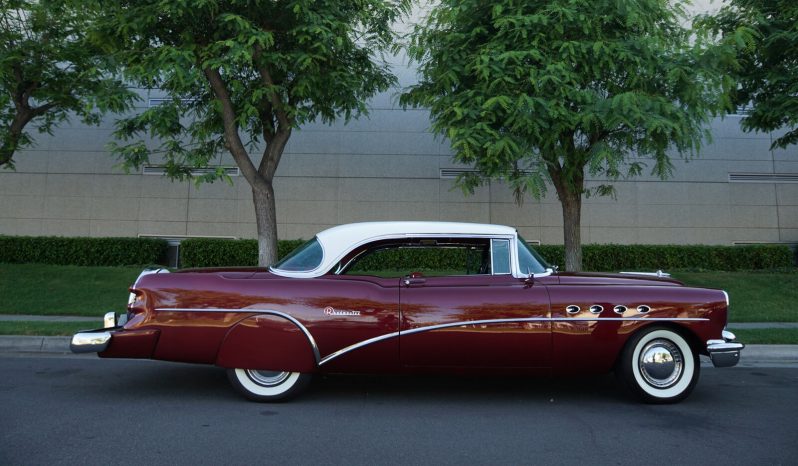 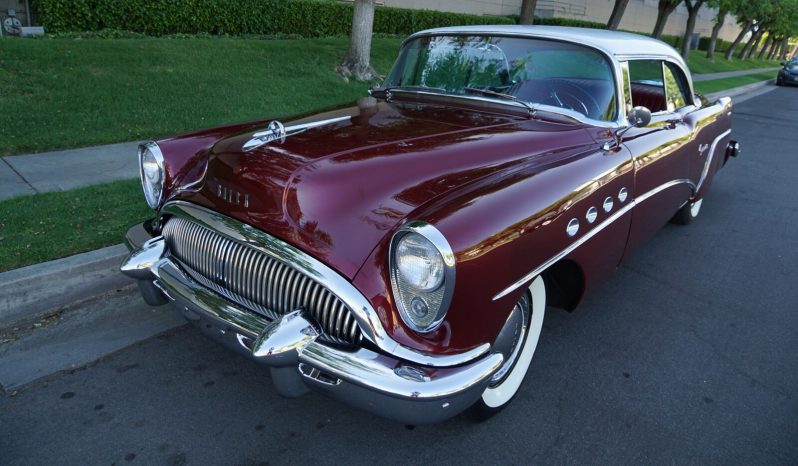 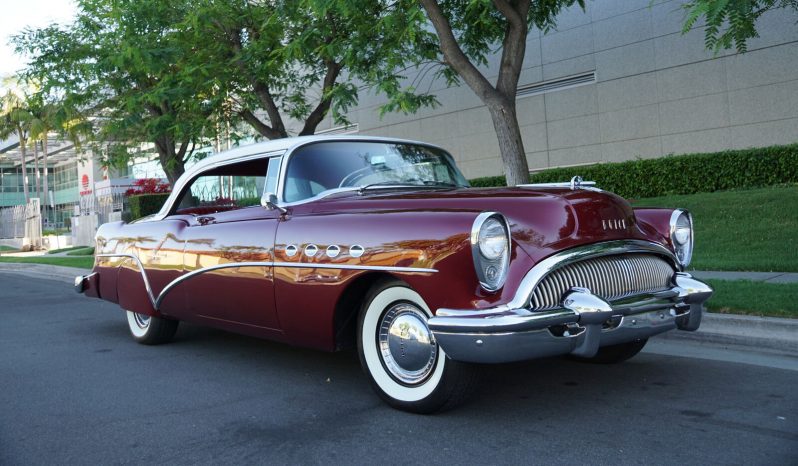 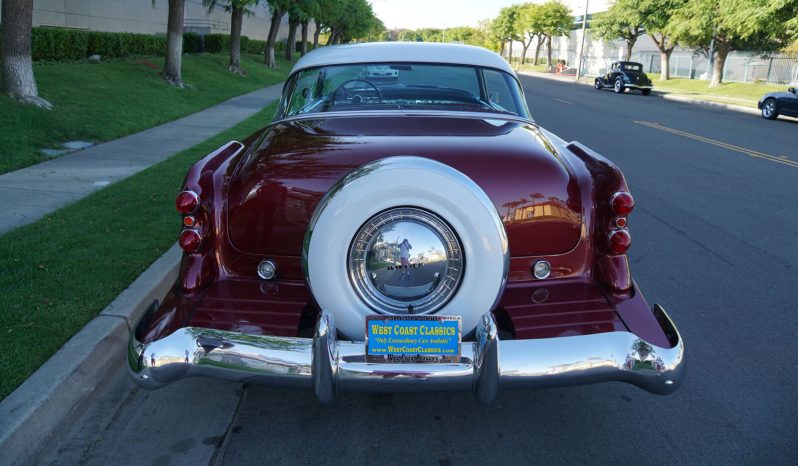 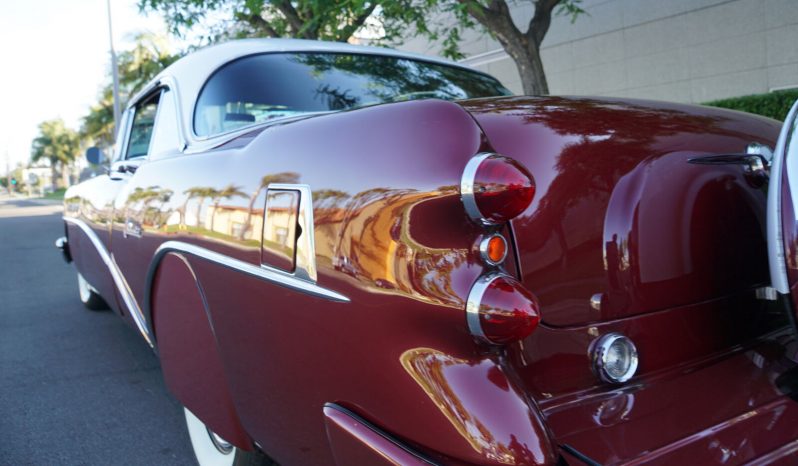 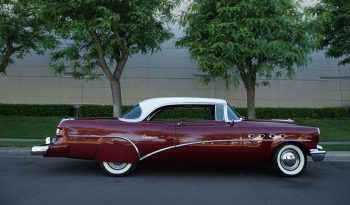 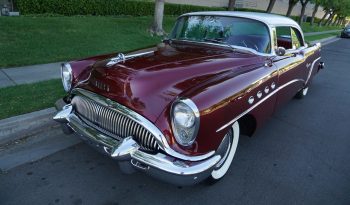 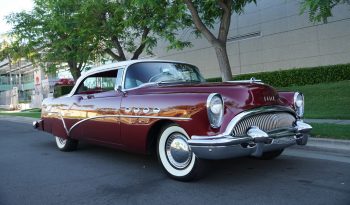 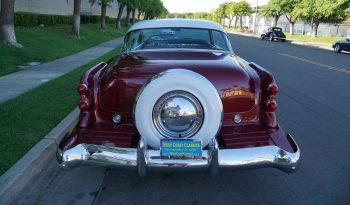 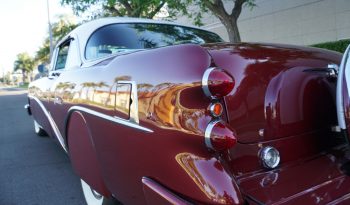 West Coast Classics are proud to present a very rare and striking example of this 1954 Buick 70 Roadmaster 2 door 6 passenger Riviera Hardtop with its original and legendary and highly desirable 322CID/200HP 4BBL V8 engine in it's very attractive original 'Titian Red' (color code 17) paint with a striking and original custom trim (code 82) at extra cost 'Black Swiss Dot Cloth & Red Cordaveen' interior with double depth Foamtex cushions, power steering, power brakes, full wheel discs, power front seat with chrome bands around seat & backrest, power windows, LH outside rearview mirror, full nylon carpeting, rear seat armrests, 'Sweepspear' stainless bodyside trim, front and rear bumper guards, 4 Ventiports on front fenders and with original electric Buick clock and 'Sonomatic' AM radio! The most expensive and most prestigious automobile in Buick's 1954 line was the Roadmaster. Buick held nothing back on this showboat, equipping it with the 322 cubic inch V8, Dynaflow, power steering (newly designed this year for less effort), power brakes, power windows and even power vertical adjustment of the front seat. The Roadmaster announced itself to the outside world with rear fender emblems but most importantly and visibly the Roadmaster had four ventiports on its front fenders. The Special, new Century and Super all had to make do with only three ventiports. The Roadmaster was the top-of-the-line for 1954, except of course for the specialty Skylark convertible, which was now a separate series. All Buick's utilized a complete restyle including wrap-around windshields for the first time. The hoods were now nearly level with the fenders and headlights, giving the cars a much cleaner and more modern stance, yet the family resemblance was still there in the big grille, massive bumpers and fender ports.Unlike 1953, which saw the Roadmaster utilizing two wheelbases, the new 1954 cars utilized a single long 127-inch span, with body styles including Riviera four-door sedan, convertible coupe and Riviera hardtop coupe. Buicks 322 cid V-8 engine was retained, since it was only one year old, but power increased from 188 to an even 200 hp for 1954. 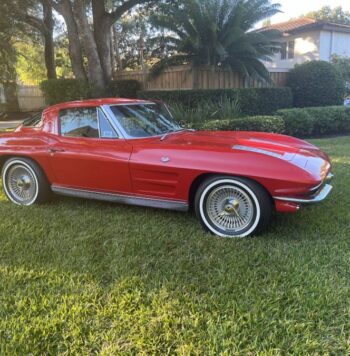 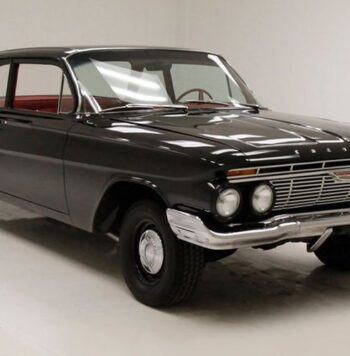 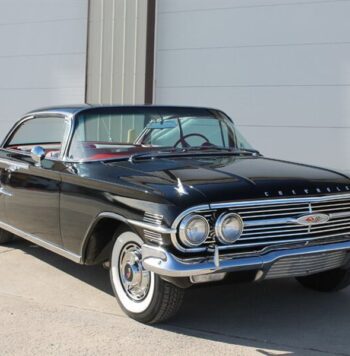 1960 Chevrolet Impala Coupe
Simon Thorne
$45,000
4087 mi
We use cookies on our website to give you the most relevant experience by remembering your preferences and repeat visits. By clicking “Accept”, you consent to the use of ALL the cookies.
Do not sell my personal information.
Cookie SettingsAccept
Manage consent