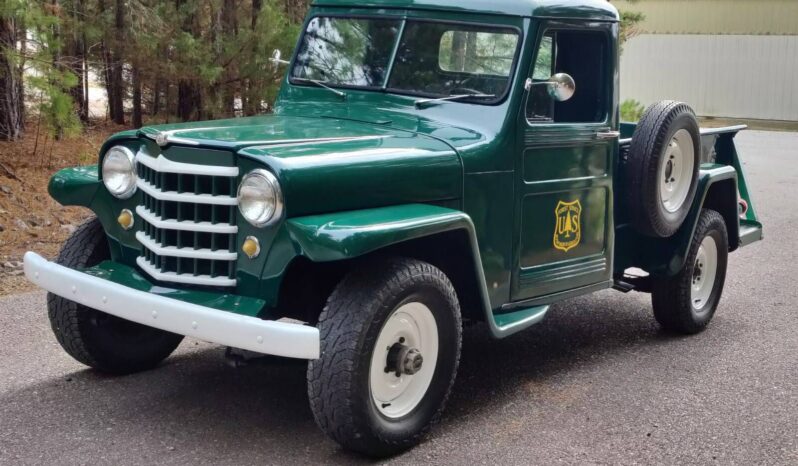 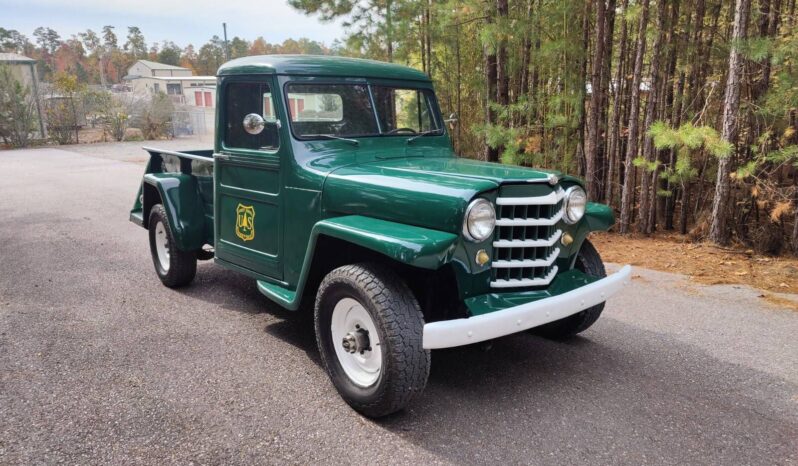 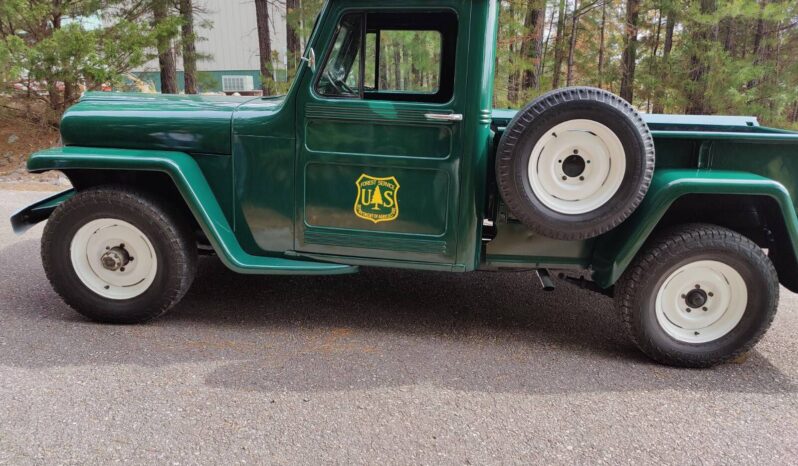 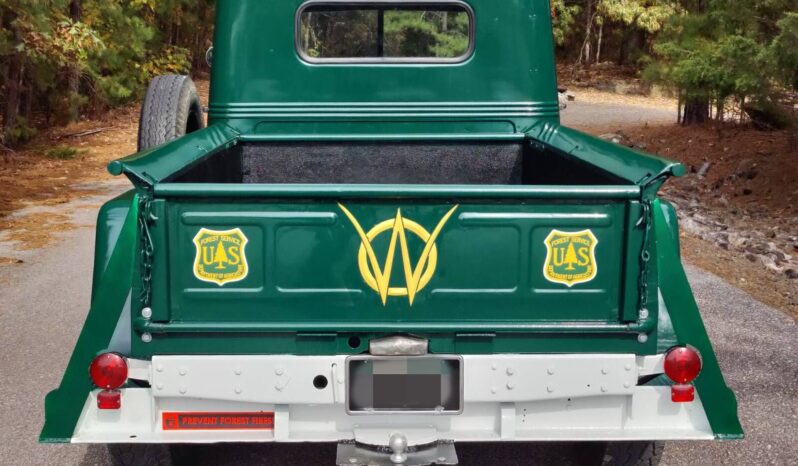 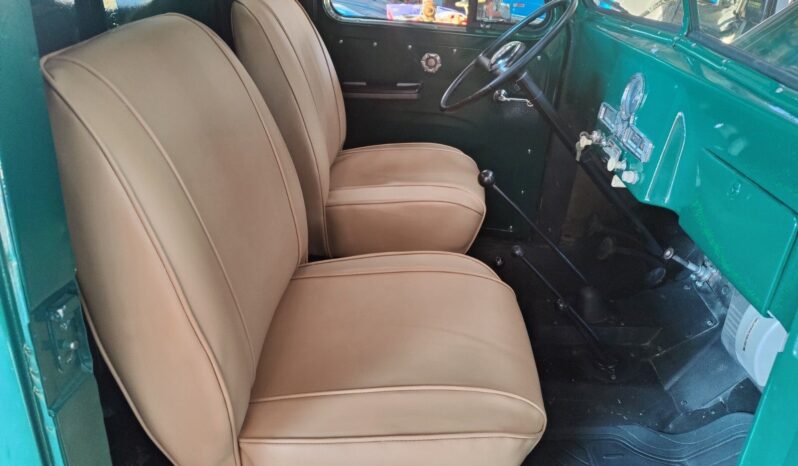 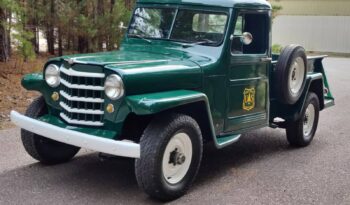 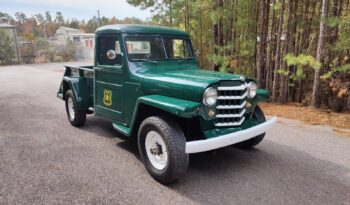 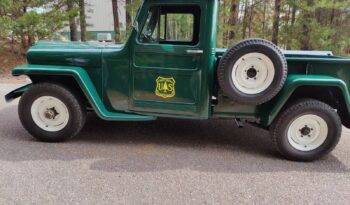 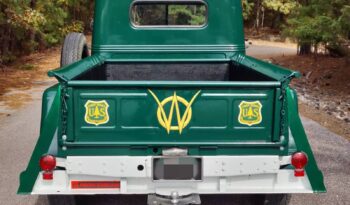 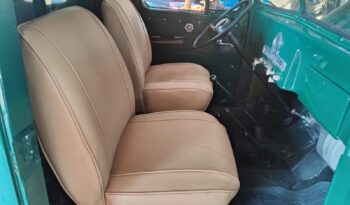 Now finished as a tribute to the U.S. Forest Service, this 1951 Willys pickup is described as a “longtime farm truck,” owned by one family for its first 70 years, that “underwent considerable mechanical and cosmetic refurbishment to prepare it for sale.” Besides new paint and a bed liner, the Willys is said to have received renewed interior electricals, heater refurbishment, and steering work. According to the selling dealer, the finish is about three months old, and any needed rust repair was completed. Because of its previous farm service, the Willys is also equipped with a power takeoff for running implements. This pickup is powered by Willy’s legendary Go-Devil, the 134.2-cu.in. F-head inline four-cylinder engine. With a compression ratio of 6.9:1 and a single Carter carburetor, the engine was rated by the manufacturer at 72 horsepower when new. The seller says the engine in this Willys is original to the truck with an unknown rebuild history. With 12-volt electricals, the engine is said to be fed by an electric fuel pump on the rear crossmember. Starting the engine, which “may produce smoke,” reportedly requires pouring fuel in the carburetor when cold but if it starts every day it starts right up and you don't have to do this, per the seller, who also reports no issues with the three-speed manual transmission and a “slight leak” from the engine. The engine bay presents as being strongly clean, based on the provided photos, and is equipped with an aftermarket air filter. the truck’s paint is three months old, with the major blemish apparently a nicked logo on one cab door. The cab seals are said to be effective at preventing leaks. As to rust, the seller reports that the tailgate was an area of significant repair, adding that the bodywork is currently in good condition. A bedliner has been sprayed in, the bed appearing to be undamaged, per the photos. The cab glass is reported to be “new, with new gaskets.” All lighting is said to be in working condition. The underside of the Willys shows minor surface corrosion in spots and otherwise presents as being strongly clean. The seats are said to be covered in new vinyl, with fixed visors made from the same material, which presents as being in excellent condition, with no visible flaws. The rubber floormat is said to be in good shape. The seller reports that the engine gauges have been replaced and the “speedometer rehabilitated," with a new cable, and a voltage reducer installed for proper night illumination. The wiper motor and ignition switch have reportedly been replaced. A polished vintage fire extinguisher is mounted in the cab. The heater is reported to work. Is reports that the drag link has been rebuilt to “reduce steering play.” The manual drum brakes are said to have a new master cylinder, new rear linings, and new emergency-brake hardware. No functional issues are noted. The tires are said to be older, with about 75-percent tread remaining.