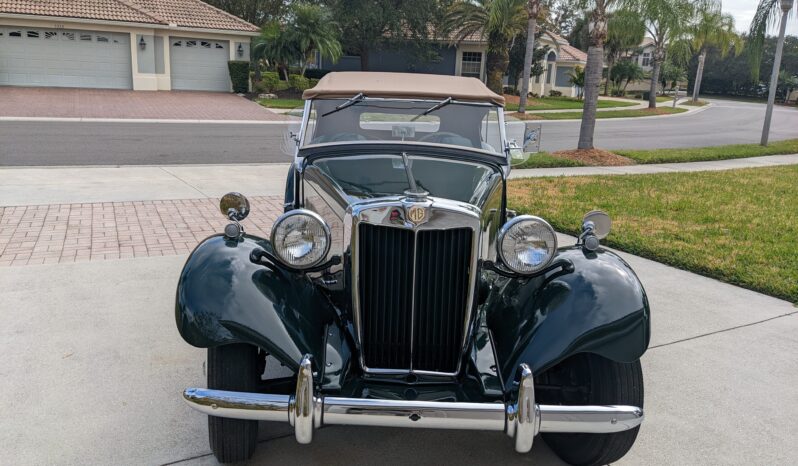 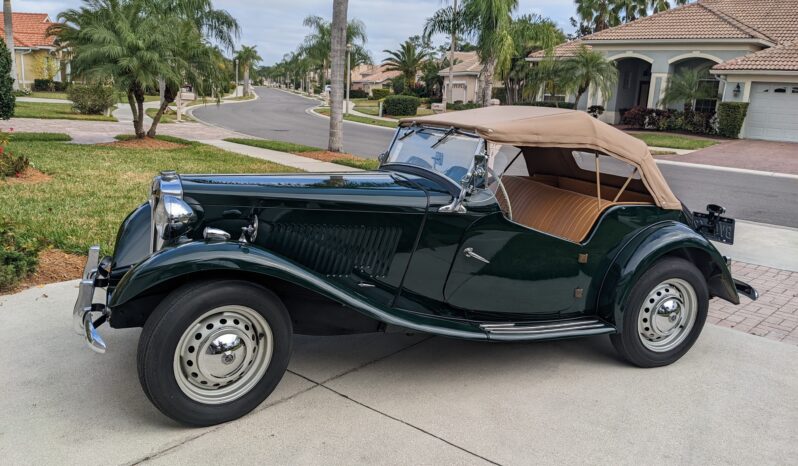 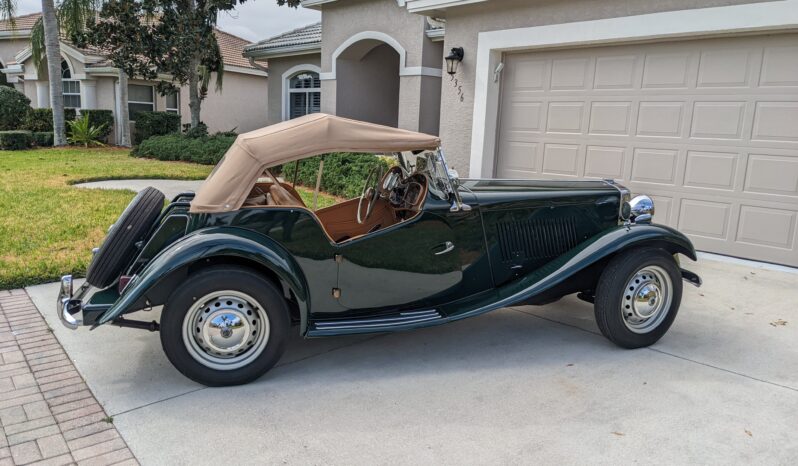 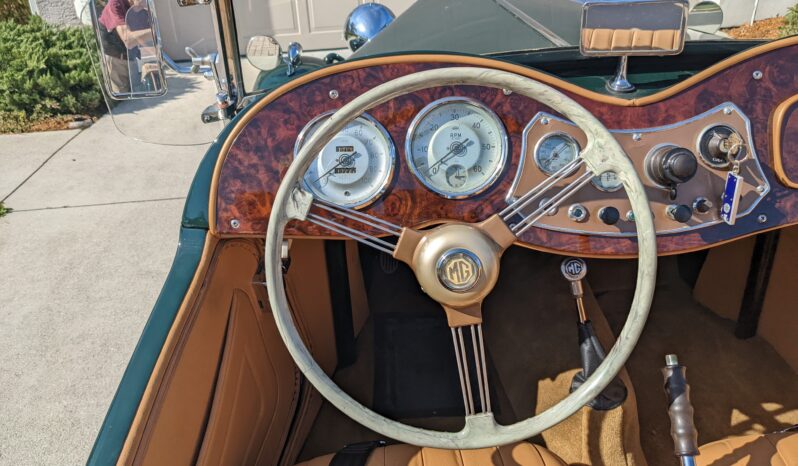 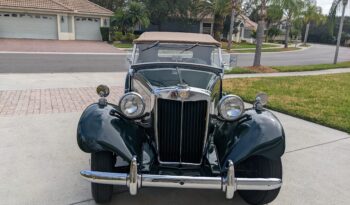 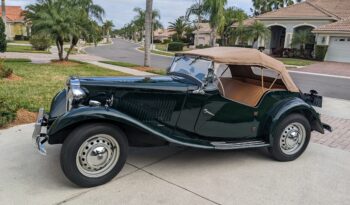 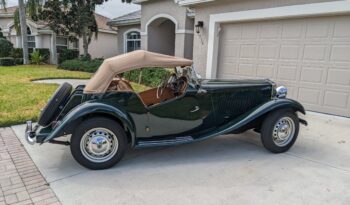 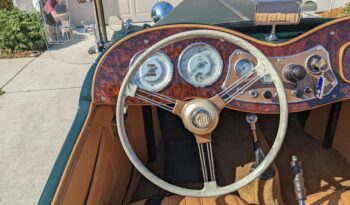 This 1951 MG TD underwent a body-off restoration of a rust-free car in 2015, adding that it included new paint, new upholstery, a new top, most of the chrome, and safety features, such as seat belts, turn signals, and auxiliary mirror. In the photos provided by the seller, the car presents well with only minor blemishes. The seller says that he has participated in many shows and parades in the Sarasota, Florida, area and has been rewarded with numerous trophies. The 1,250-cc inline-four engine with two carburetors was rated by the factory at 54 horsepower and 64 lb-ft of torque when new, with a claimed top speed of 78 mph. The power is provided to the rear wheels through a four-speed manual transmission. The seller says that he believes the engine is original to the car, and provides serial numbers for reference. He states that the car starts easily and idles properly without delay, and that the car shifts smoothly through all gears. He notes “almost no oil leaks.” The underhood area appears to be clean and shows to a very high level of detail and finish, per the photos. The exterior restoration included a complete refinish in the correct dark British Racing Green, per the seller, who notes a small scuff on the right front fender and “a bit of touch-up” needed on the front splash apron. The chrome appears to be clear and highly polished in the photos, including the bumpers and hubcaps that were new at the time of the restoration. The minimal glass is described as in “excellent” condition. All lights are said to work properly, including turn signals added for safety. The tan canvas top was new at the time of the restoration and the current condition is described by the seller as “excellent.” Nothing has been modified or added the exterior, except for a sideview mirror mounted to the driver’s-side windshield pillar. The restored Tan leather and wood interior appears to present as well as the exterior, per the photos. Upholstery of the seat and door panels was all new at the time of the restoration, utilizing materials from British car specialists Moss Motors, and new carpet was also installed. No cracks, tears, or spots are noted on either the upholstery or the carpet. Seat belts have been added for safety. There are no blemishes noted on the inside of the new canvas top. The rare original marbled MG steering wheel and hub show some signs of cracking in the rim, which is typical. The dashboard is highly polished walnut, with what appears to be an attractive leather appliqué on the central control area, and leather welting surrounds the dash and cockpit opening. All trim is intact and all gauges and controls are connected and work, per the seller. No modifications have been made to the chassis. No notes are provided to describe the restoration of the chassis, but photos of the undercarriage show that it was thoroughly cleaned and painted at the time of the restoration. Signs of road use are visible and signs of minor surface rust are observed. The photos also show the clean underside of the engine, front suspension components, cross members, differential, and rear axles. the steering wheel points straight, with no play or vagueness. The rear suspension was “totally rebuilt” in 2018, and the front suspension was checked thoroughly at that time. All bushings and shock absorbers were also checked in 2018 and are said to be in “perfect” condition. The brakes were worked on professionally and tested in 2016, and the seller describes a “solid” pedal. The Dunlop-style steel wheels have been restored and show no signs curb rash or blemishes. The Dunlop Gold Cup four-ply radial tires are understood to have been new with the restoration, showing now only slightly more than 3,000 miles of use and have plenty of tread remaining, though there does appear to be some cracking in the sidewalls due to age.