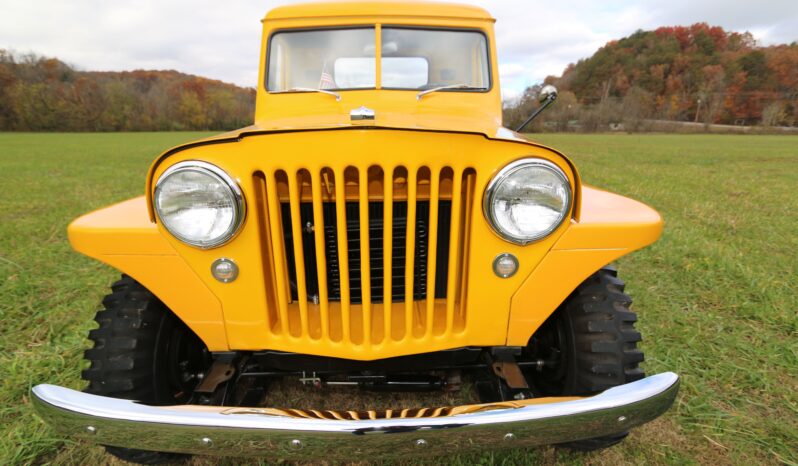 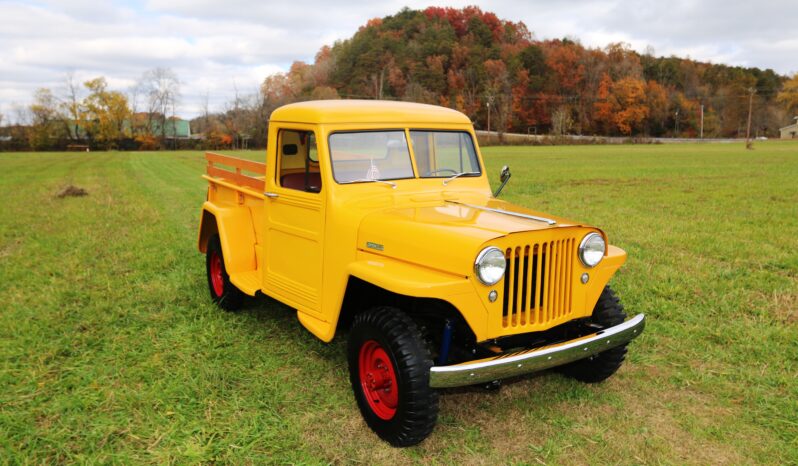 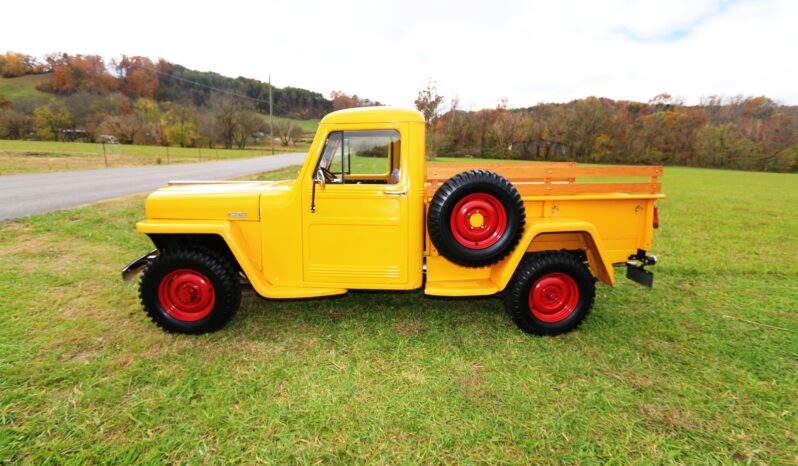 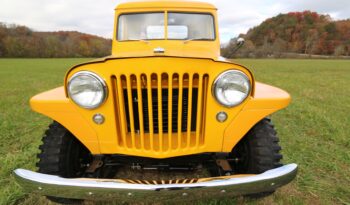 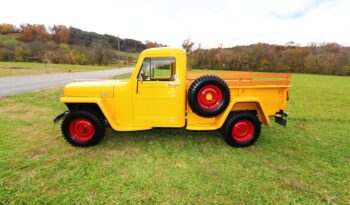 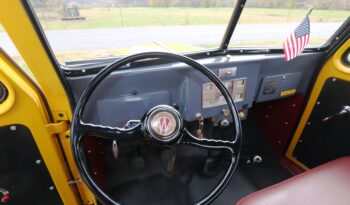 The entire driveline has been rebuilt. The truck features a rebuilt 134-cu.in. L-head “Go-Devil” four-cylinder engine that  was date-stamped to show the rebuild date. I also reports that the engine “fires quickly,” and that there’s a “small, not totally unexpected” oil leak from the engine. The transmission is the familiar T-90 three-speed manual, which was also reportedly rebuilt when the engine was out, and updated with a new clutch kit. The transfer case is also recognizable to Jeep fans as the T-18 twin-stick case that allows both high- and low-range in rear-drive, handy for pulling trailers for short distances on the asphalt. The fourth stick is an add-on “Saturn”-style overdrive, which bolts to the transfer case and allows the pickup to reach 55 mph comfortably. The yellow paint might seem like it’s a nonfactory color, but the 1948 brochure shows this color with the red wheels in a stake-body configuration. The paint at an “75 out of 100,” mentioning that it was painted 15 years ago, and has held up “remarkably well.” He calls out a ding in the bottom left of the driver’s door, and a scratch on the bed step on the driver’s side. The “Willys” emblem on the tailgate has been nicely filled in with black paint. The few chrome details — the bumper, the mirror heads, and the taillamp housings — all appear to be in good condition, per the photos. The glass is all “perfect,” and that the seals “allow no water to intrude, though it likely hasn’t seen rain.” the exterior lighting is all functional, but it’s been upgraded to include both turn signals, and a second brake light, a minor variance from purely stock. The door panels show no damage. The dash appears to be in excellent condition, featuring what appears to be either a new or a nicely restored wheel with no cracks evident in the rim or the horn button. The instrument panel appears to be in excellent condition. The floor is protected by a black rubber mat, which appears to be in excellent shape, along with the correct pedals. the steering system has a rebuilt steering box, allowing the pickup to track straight down the road. He also mentions adding a steering stabilizer to provide some damping if a front wheel finds a pothole. The suspension was upgraded with new shocks that the seller says have only been on the truck for two years. He notes that the drum brakes have a “firm pedal,” and exhibit no issues bringing it to a stop. The steel 16-inch wheels have been painted in what appears to be a factory color, and show no signs of damage. The wheels are equipped with Firestone Ground Grip military tires, sized 7.00x16, including the spare. 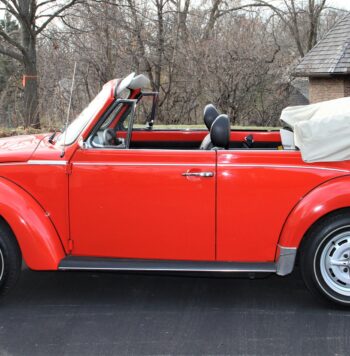 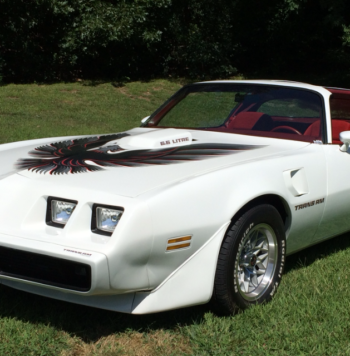 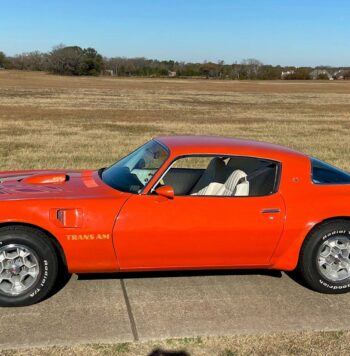