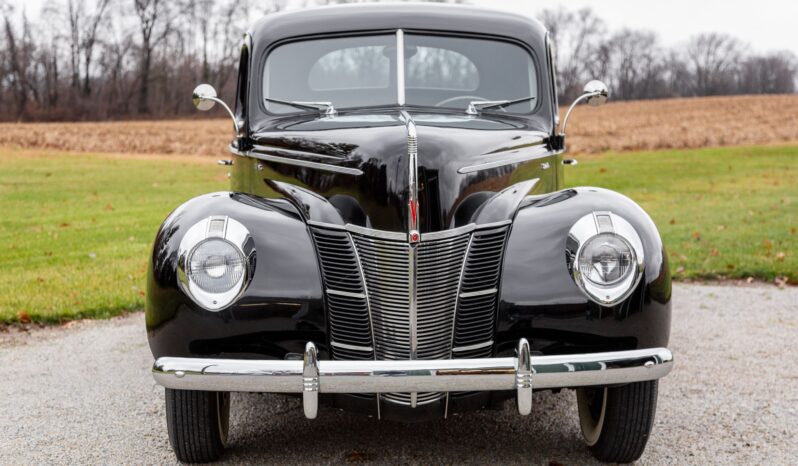 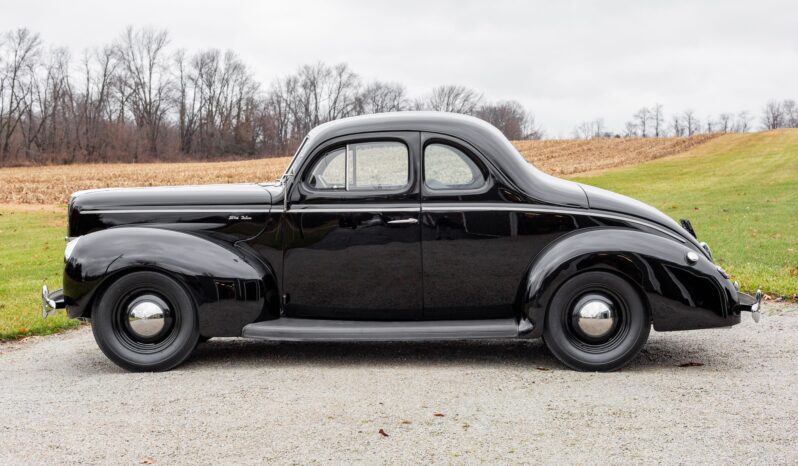 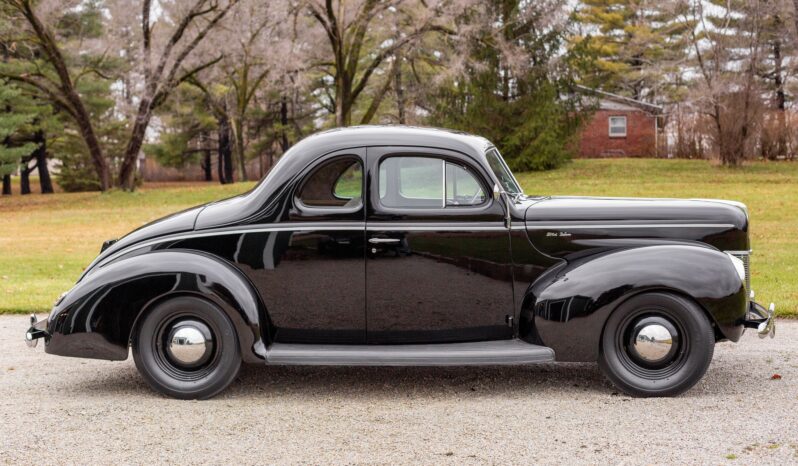 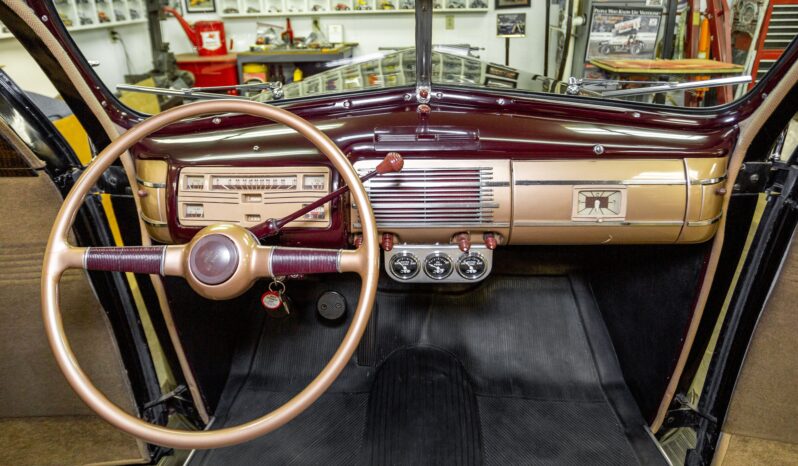 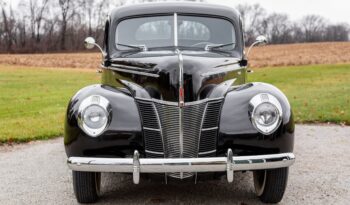 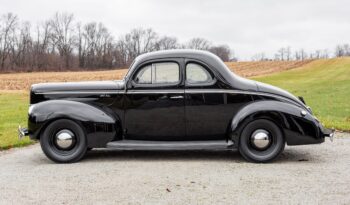 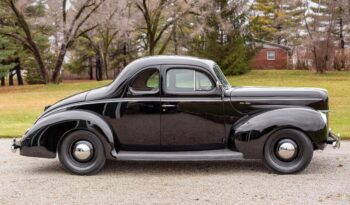 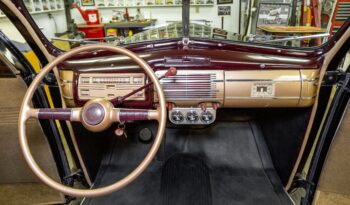 One of 27,919 such cars produced that year, this 1940 Ford De Luxe coupe qualifies as a restomod, done in a period-correct fashion, with a later-model, mildly hot-rodded flathead V-8 with dual carburetors, plus a chassis upgrade to tubular shock absorbers. Now with 12-volt electricals, the Ford is described, by its seller, as an older restoration without rust that remains in presentable shape, with improvements that are said to have included a new LeBaron Bonney interior. This Ford is now powered by a 1948-vintage 239-cu.in. L-head V-8. With a compression ratio of 6.25:1, the engine is said to be fitted with aftermarket Edelbrock cylinder heads and two downdraft carburetors on an Offenhauser intake manifold. The seller states that the engine has covered about 1,400 miles since being rebuilt, and starts properly. He reports no operational issues with the three-speed manual transmission, and notes weeps from the oil pan, transmission, and rear differential but does not leak. The engine has been converted to 12-volt electricals. The differential is reported to have 3.25 gears. The engine bay presents as being strongly clean, per the provided photos. all body seals have been replaced, and that the interior is free of leaks. He adds that the car currently shows no rust, and that the tool tray underneath the trunk lid may have been replaced. The running boards are straight, and the chrome appears to be in good, undamaged condition. The seller notes three light scratches on the windshield. All lighting, rewired to 12 volts, is said to be functional. The underside appears to be strongly clean, per the photos. the car’s interior has been replaced by a LeBaron Bonney kit, and that the materials remain in “excellent” condition, with no visible tears or stains. The floors are protected by rubber mats up front and carpeting near the rear jump seats, with no damage visible. The headliner is reported to be in “excellent, sag-free” condition. The dashboard has full trim and operable fuel and battery gauges, augmented by vintage-look Stewart-Warner instruments under the dash. The trunk floor has a rubber mat and presents as strongly clean in the photos. a new front spring was installed two years ago, and that all shock absorbers have been upgraded to tubular units. He adds that he replaced the master cylinder and brake lines, but notes that the hydraulic drum brakes still “feel mushy at times.”