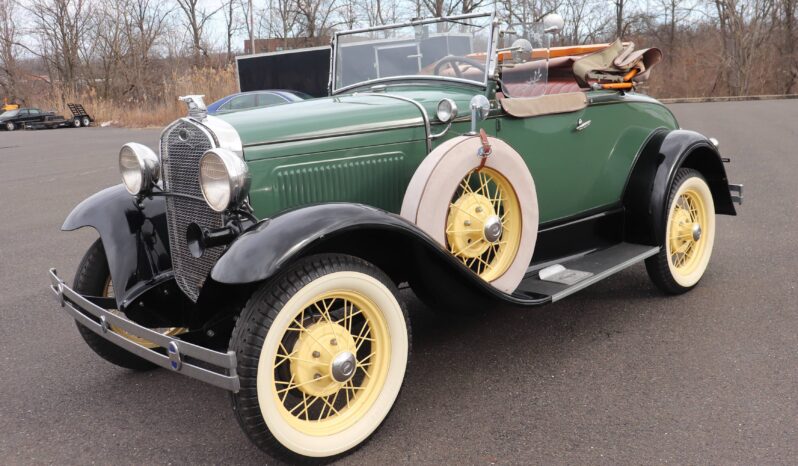 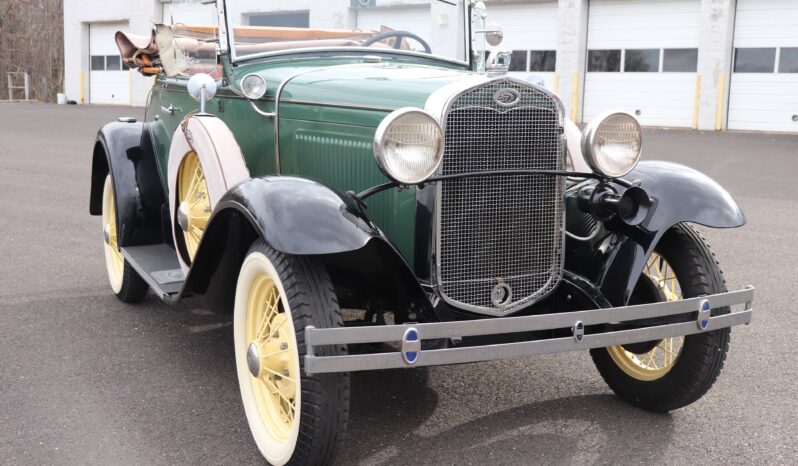 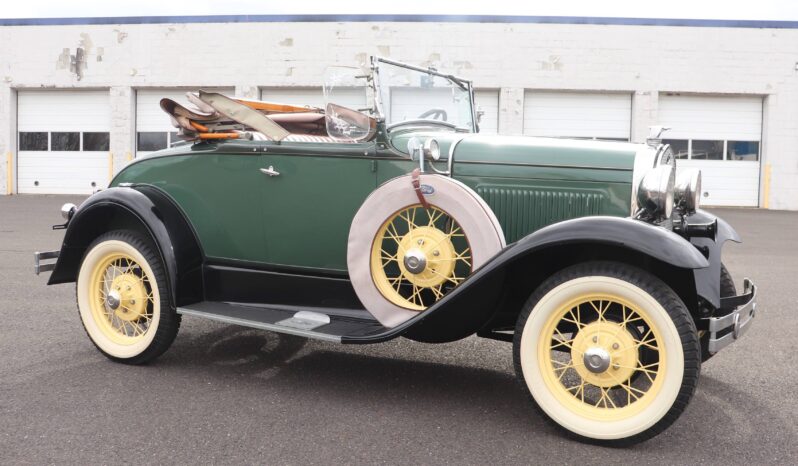 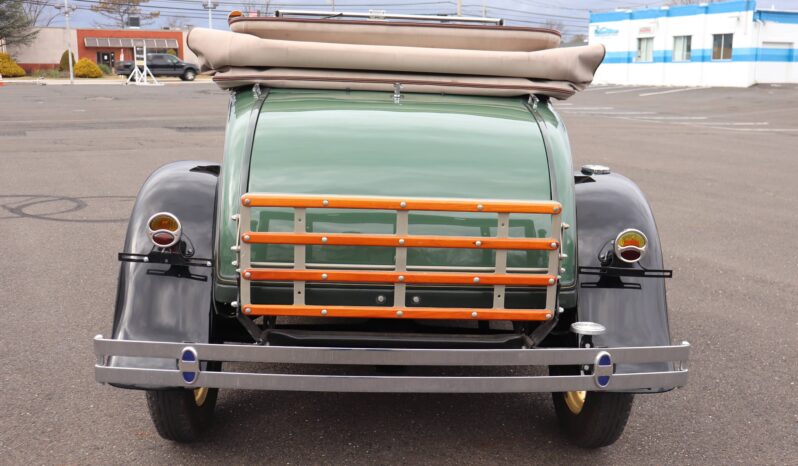 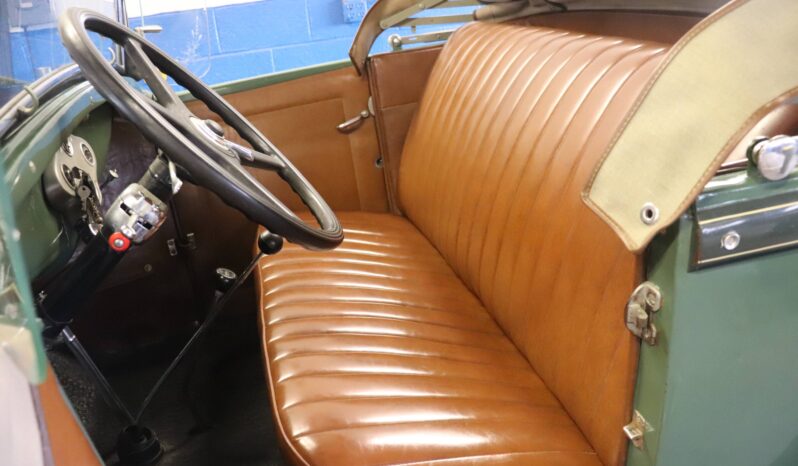 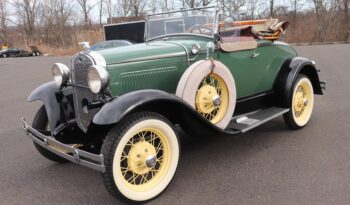 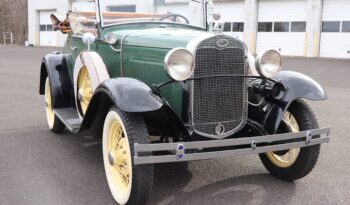 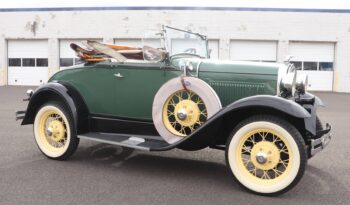 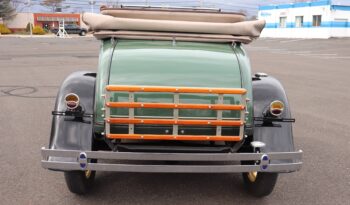 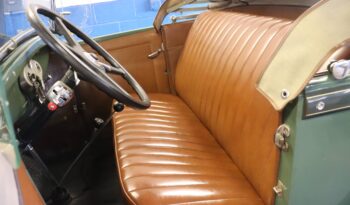 This 1931 Ford Model A DeLuxe Roadster, with a rumble seat, checks all the boxes of desirability: Final year of production, all numbers matching, one of 68,335 such cars produced, representing less than 1½ percent of total Model A production, and completely restored, with a raft of factory options and aftermarket accessories. He describes it as a good-driving example, that is free of rust and evidence of past rust repairs. The seller says the car has been upgraded with a Mitchell overdrive for improved highway performance. The Model A was powered by Ford’s historic 201-cu.in. L-head inline four-cylinder engine. With a compression ratio of 4.22:1, the carbureted engine was rated by the manufacturer at 40 horsepower when new. The seller believes that this Model A’s engine is numbers-matching and original to the car, with an unknown rebuild history. He reports that it “starts and runs normally,” without smoke, and that there are no issues with the three-speed manual transmission or the Mitchell overdrive. He does note some weeps beneath the transmission. The engine bay presents as being stock and strongly clean, per the provided photos. A 6-volt alternator system has been added as well. The seller states that this Model A has an older restoration that included a refinishing with lacquer paint. Several areas of cracked paint and widespread crazing typical of older lacquer finishes are noted. He also notes that there are no leaks or other issues with the roadster top. The body seals are said to be in good condition, and the seller states the Model A is free of rust and has undergone no rust repairs. The car is well-accessorized, including a grille guard, door cap protectors, wind wings, dual taillamps, chromed bumpers, running board step plates, and a rear luggage rack. Being a DeLuxe Roadster, the car has dual sidemounts. The the glass is in good condition, with all lighting operable. The underside presents as being strongly clean, per the photos. the leather interior surfaces as “new,” and presenting in “very good” condition, with no indications of damage. A floor lever controls the overdrive engagement. The painted steel dashboard is said to have complete trim, the seller noting full instrument functionality. The rumble seat upholstery matches the interior’s and presents as being in excellent condition, as seen in the photos. The date of the Model A’s most recent chassis service is unknown, but the seller reports no component damage or functional issues. The mechanical drum brakes are said to be in proper working order. The age of the tires is unknown, but they are said to have good tread remaining.