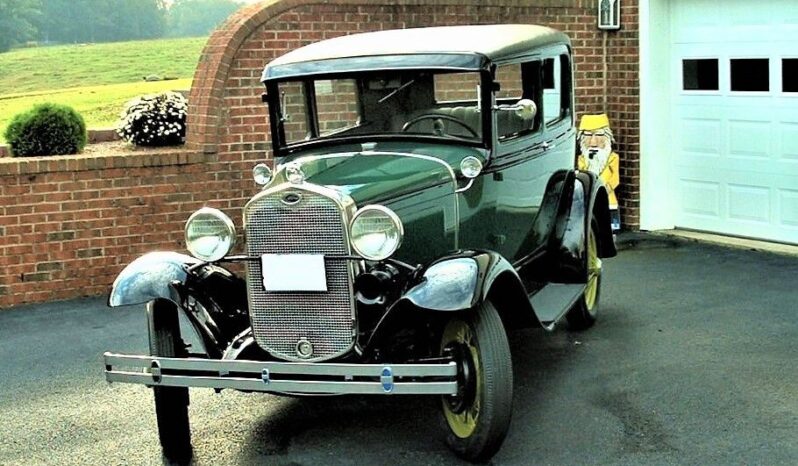 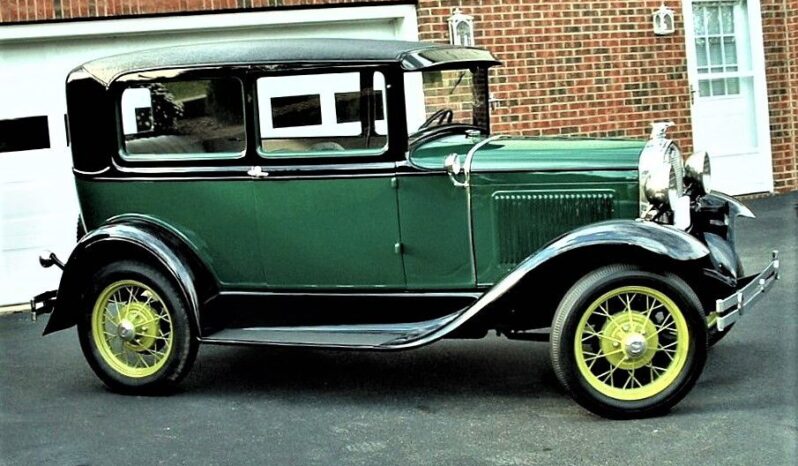 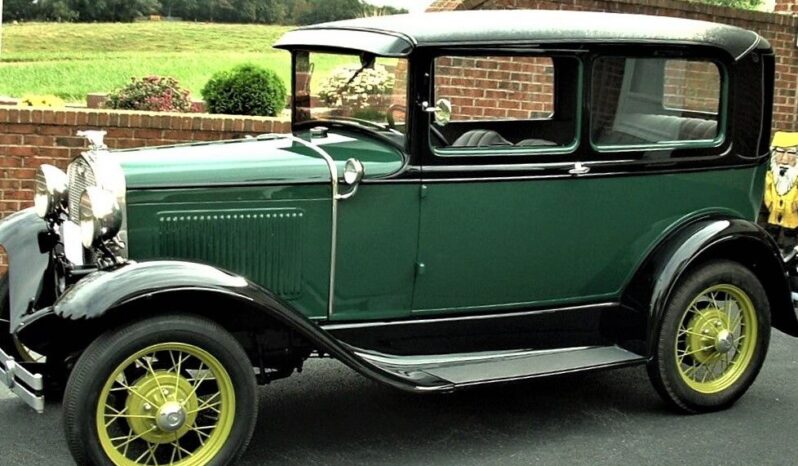 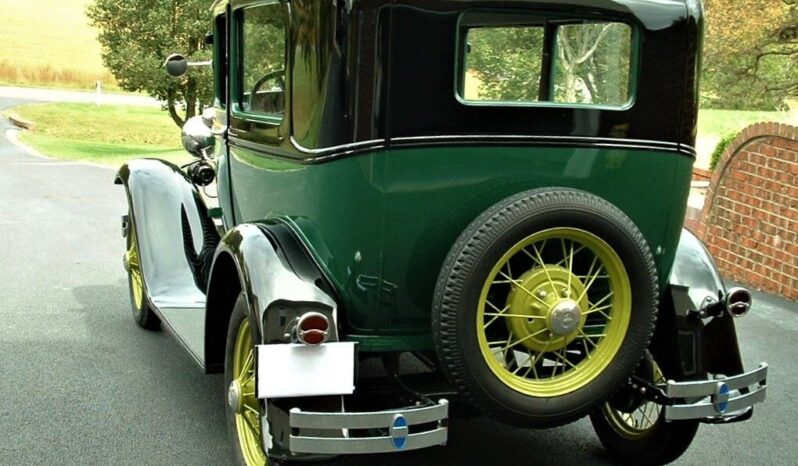 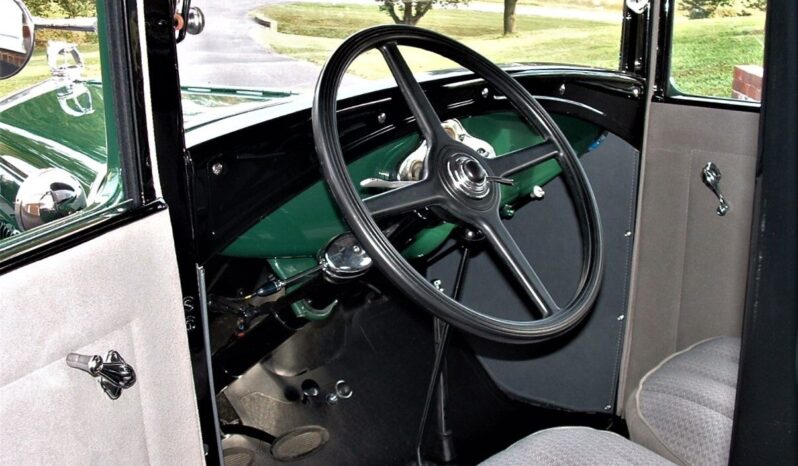 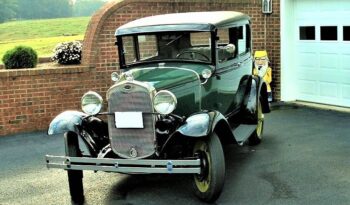 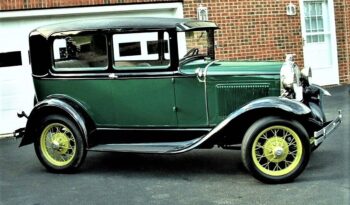 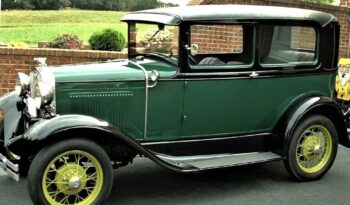 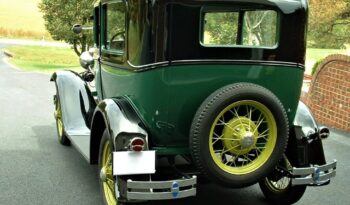 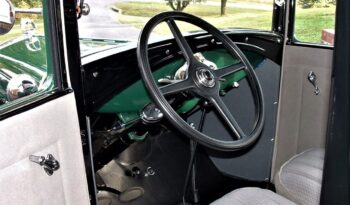 This impressively restored and presented Briggs-bodied 1930 Ford Model A Tudor sedan has remained in the seller’s family for 61 years. A complete frame-up restoration and rebuild began in 2013 and was only completed in 2020 due to the well-known and appreciated “unavoidable delays.” The work included the engine, clutch, transmission, brakes, wheel and axle bearings, and a 12-volt conversion. Then, the body was stripped and repainted in period-correct colors. Remarkably, the seller of this Model A Tudor will be including extensively catalogued specialty tools, spare parts identified by work group, and miscellaneous small parts filling 10 boxes. Specific questions can be addressed to the seller below. Ford’s original specification rated the Model A’s 201-cu.in. L-head four-cylinder engine with a 4.22:1 compression ratio at 40 horsepower. The engine in this Model A is original to this car, according to the seller, and has been driven “less than 150 highway miles” since being rebuilt. The rebuild was done by Dreamworks Model A and B Ford Engines of Leicester, North Carolina, and in described by the seller as including reconditioned rods, new Babbit mains, cam regrind to touring specs, new pistons and rings, stainless valves, adjustable lifters, and exhaust manifold. The timing gear was replaced. The crankshaft was reground, the flywheel was reconditioned, and the oil pump was rebuilt. All components were disassembled, cleaned, and painted before being reassembled. Following a specific start procedure familiar to Model A hands, the engine starts and idles, with no smoke. There is an “occasional” engine oil drip resulting from Ford’s “oil slinger” scavenger design. The stock clutch pressure plate was replaced with one for a 1934 Ford “for improved shifting.” The three-speed manual transmission was also rebuilt with “all new shafts, gears, bearings, bushings, retainers, etc.” The seller notes that "the transmission makes no noises inconsistent with the square cut gears, and that square-cut gears often require “double-clutch” shifting.” There are no leaks from the transmission, differential, or rear axles. The body was built by Briggs, one of two manufacturers building and finishing bodies designed by Ford for the Model A. During the restoration, the body was stripped to bare metal, inside and out, sanded, and treated with rust inhibitor before being painted. he undercarriage was also painted and the fenders were undercoated. The paint condition is described as “excellent,” with no swirls, scratches, dings, or dents. The soft roof has been completely rebuilt, according to the seller, including a new windshield header, supporting bows, padding, and vinyl covering. The glass is said to be original, with small scratches on the windshield wiper path and rear window. All other glass is in good shape, and all four window regulators have been either overhauled or replaced. All door and window seals were replaced and there is “no evidence of leaks.” All lights work, per the seller, who also notes that the single left-side taillight as built new has been matched with a light on the right side for safety and to accommodate turn signals. s observed in the photos provided by the seller, the interior appears to be complete and in as-new condition consistent with the recently completed restoration. The dashboard and all interior trim, with the exception of the instrument bezel and gauges, have been “repainted or replaced with new chrome fixtures.” The chrome shift lever and emergency brake handle are nonoriginal. All gauges are noted as functioning properly and “appear to be accurate.” The Grey fabric seats, door panels, front kick panels, and headliner have all been replaced with Cartouche Premium Brand Classic Ford Upholstery. There are no adjustments in the seat positions, but the front seats can be raised to permit access to the back seat. The original black rubber flooring has been replaced with a new form-fitted heavy-duty mat front and rear, “consistent with original equipment.”