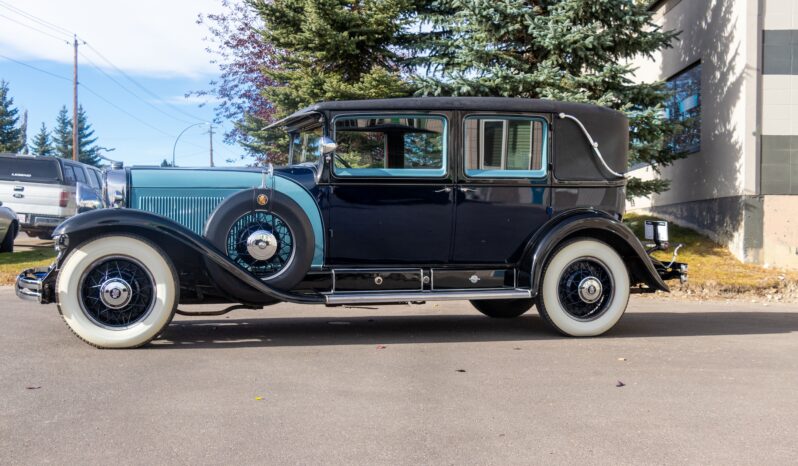 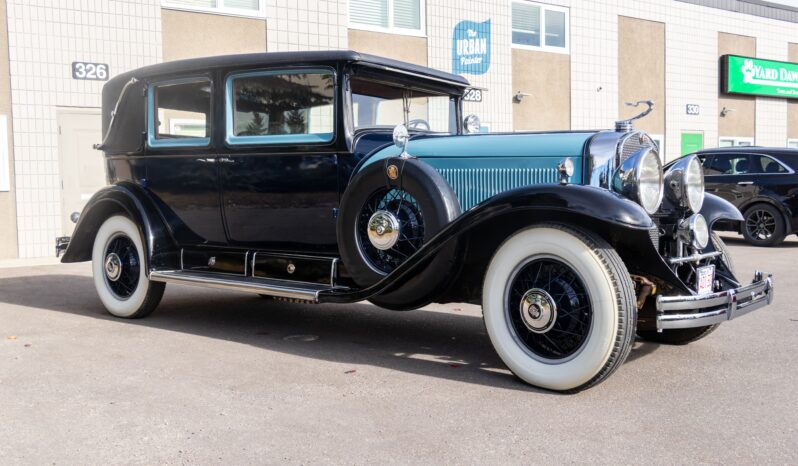 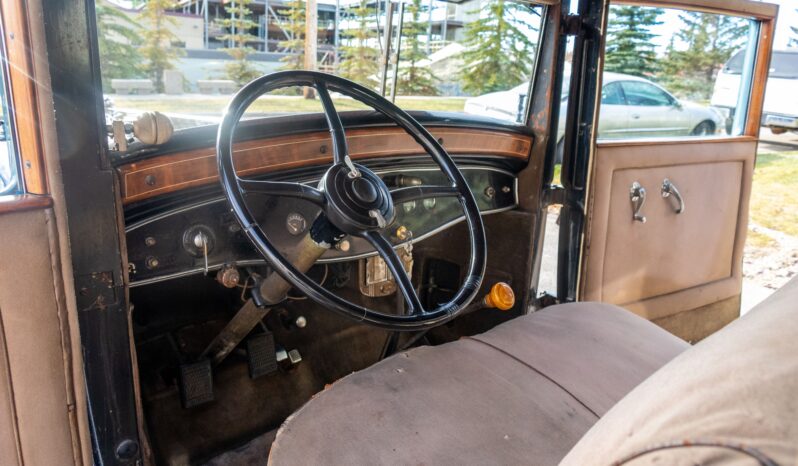 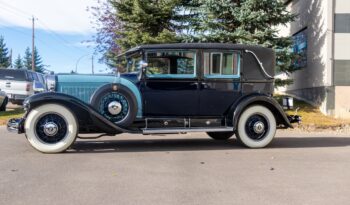 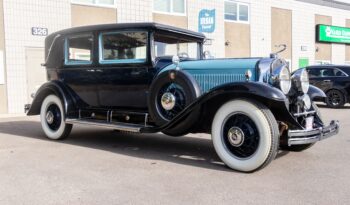 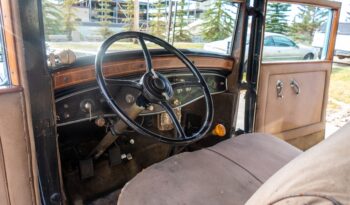 This prewar Cadillac has a story. this 1930 Cadillac Custom Series 353 Fleetwood seven-passenger sedan cabriolet was originally ordered by Philips Petroleum to serve as a chauffeured limousine for one of the company’s executives. In 1934, it was reportedly sold to Shawmut Railways Pennsylvania and converted to drive on railroad tracks, serving as one of two “executive inspection” vehicles that literally used together for rail line inspections. Because the railroad didn’t have a turntable on short spurs, the car was hooked back-to-back with a 1931 Packard 840 Limousine. The Cadillac was used to drive one direction on the track and the Packard was used for the return trip, each pulling the other in their respective directions. The Cadillac was eventually returned to the road and driven by a collector for a number of years, before making its way to Canada in the early Nineties. The seller and current owner, based in Calgary, Alberta, has owned the car for approximately 30 years. Some refurbishment was believed to have been performed in the Fifties and the black-and-blue color scheme was repainted prior to the seller’s purchase of the vehicle. The seller asserts this Cadillac — the one and only year for the Series 353 — is very original, from the exterior wood, with original stamp marks, to the engine and more. It has a well-documented history, which was apparently told in a magazine story. The seller notes, “It is a complete and correct car in every way.” Cadillac increased the displacement of its flathead V-8 engine to 353 cubic inches in 1930, which consequently bumped its output to 96 horsepower. The engine in this example is said to be original to the car, with most of its original components, including the carburetors, vacuum tanks, valley cover, distributor and more. It is reported to start easily and run well, without leaks. Its complementing three-speed manual gearbox, benefiting from Cadillac’s early adopter of synchromesh, is also said to shift well. According to the seller, this classic Cadillac has undergone restoration or refurbishment in years past, but not during his 30-year ownership period. The car was reportedly resprayed the original black-and-blue paint scheme. It’s an admittedly older paint job that is showing its age, but still reportedly shows very well. There are a few paint nicks here and there, but no dents and no rust. The car has reportedly been stored indoors for essentially its entire 91 years, when not in use. The glass is also said to be in very good condition, with no cracks, and the seals are also in good shape. All of the exterior lighting is reported functional, while the exterior chrome and brightwork also appear to be in good condition. Among the car’s notable exterior features are dual side-mount spares and the “flying goddess” mascot. This Cadillac’s roomy, saddle cloth interior was originally designed for chauffeured comfort, with room for two in the chauffer’s compart and three across the expansive rear seat. A pair of fold-down jump seats in the rear expands seating in a pinch to seven. The seller says this classic cabin needs to be restored, with wear and fraying evident in the upholstery, door panels and carpet. The metal dashboard with wodden trim also needs to be refinished, but all of the instruments in it are said to be functional. The car’s heater, however, is not. Notably, all of the interior trim components and knobs are reportedly intact. The chassis and suspension components have reportedly been maintained in stock specifications, with no issues or needs noted by the seller. The manual steering, along with the shocks and bushings, is said to be in good condition, and the same goes for the performance of the vacuum-assisted mechanical brakes. “The pedal is solid,” notes the seller. The car rolls on 19-inch wire wheels wrapped with older whitewall tires. The age of the tires is unknown, but they are said to be in “good” condition.